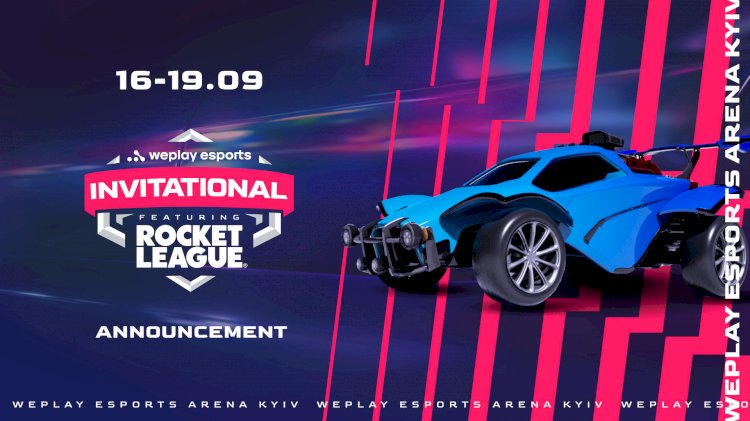 WePlay Holding has announced its first Rocket League tournament, launched with the support of Psyonix. The tournament will take place online on September 16–19, 2021 with a total prize pool of $100,000.

In total, 16 teams will take part in the tournament: eight from Europe, the Middle East, and Africa, and eight teams from North America. The teams from each region will compete with each other in a Double Elimination Bracket format (BO7). The English-language broadcast will be hosted from WePlay Esports Arena Kyiv.

“We have no intention to stop developing: we continue to explore and discover new titles and areas of work. Rocket League has made waves among the esports community. I am sure that the WePlay Esports Invitational Featuring Rocket League will pleasantly surprise the fans of the game with what our team has in store for the event,” says Eugene Luchianenco, head of esports at WePlay Esports.

“We’ve organized many memorable major events so far at WePlay Esports, and we finally have a chance to do another in Rocket League. It is a unique title with a special and passionate community behind it, and we cannot wait to show what we are capable of,” comments Anton Tokarev, lead esports manager at WePlay Esports.

Rocket League is a vehicular soccer video game powered by Psyonix available on Nintendo Switch™, PlayStation®4, PlayStation®5, Xbox One, Xbox Series X|S, and PC on Epic Games Store. According to Esports Charts, streams of this game have more than 11,000 viewers on average.

Rise of Nishit 'Jazz' Thakkar in the Indian Gaming Community