It is Velocity Gaming's third roster. 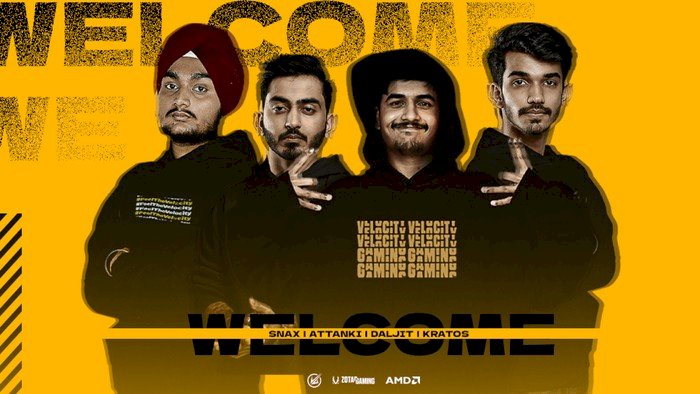 Velocity Gaming (VLT), which fields one of Valorant's top Indian teams, has joined the mobile esports scene by signing a lineup for Battlegrounds Mobile India (BGMI).

The popular ex-Team IND a.k.a Team Insidious roster that just departed from their organisation is the new BGMI roster of VLT. The lineup has been around for a while and is made up of some of India's best players, each with a long history of individual and team achievements. Their most recent accomplishment is winning the first-ever Battlegrounds Mobile India competition, "The Battlegrounds Mobile India: Launch Party."

Velocity Gaming said on the acquisition: ”Been long since we ventured into the mobile scene.
Can’t keep our hands off it for long, can we? The leaks are out, the hopes still intact, it’s time we gift it to you. Presenting to you, Velocity Gaming BGMI lineup. With a synergy built over the years, we bring in these four masterminds together at VLT, to conquer and destruct. To show the world how perfection can be achieved. We’re here to play, we’re here to win. So go on, tell them. VLT has stepped down on the battleground, the clock is ticking, are they ready to face it? Are they ready to feel the velocity?”

The Battlegrounds Mobile India Series is just around the corner, and with such a strong lineup behind VLT's name, there hasn't been a better time to join the BGMI scene than now.