Steam Deck will be capable of running all the AAA titles easily. 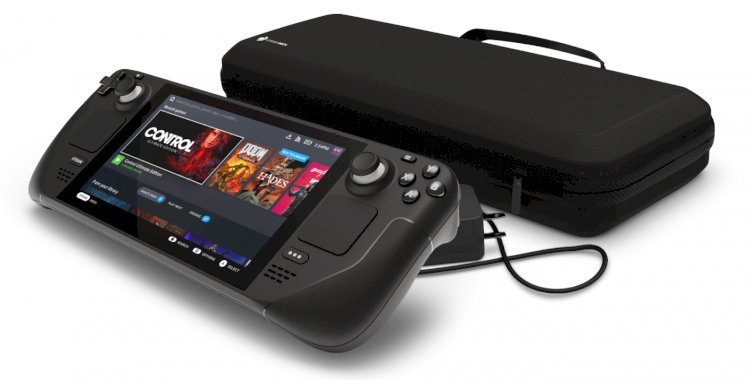 Valve has unveiled the Steam Deck, a portable game console that will be released in late 2021.

The gadget is being said to serve as a multipurpose portable gaming computer that "runs the latest AAA games - and runs them really well." After signing in, a library of Steam titles is immediately available on the Steam Deck. One can also connect a full-fledged monitor to the console to enjoy content on a bigger screen.

Learn more at https://t.co/ZOTx3KUCVK and reserve yours tomorrow. #SteamDeck pic.twitter.com/jcgbaKfT9c

Valve's console has a 7-inch touchscreen with a resolution of 1280 by 800 pixels, an AMD APU, 16 gigabytes of RAM, and a 40-watt-hour battery that can last for two to eight hours depending upon the settings and usage.

The cost of the Steam Deck varies depending on the kind of storage: 64 gigabytes of eMMC memory costs $399, 256 gigabytes of internal SSD storage costs $529, and 512 gigabytes costs $649. A fast microSD card slot is also available on all versions.

The Steam Deck will be available for purchase in December 2021 in the United States, Canada, the European Union, and the United Kingdom. Pre-orders for the console will begin on the 16th of July.

Valve's Steam Deck will be released across the rest of the world in 2022.