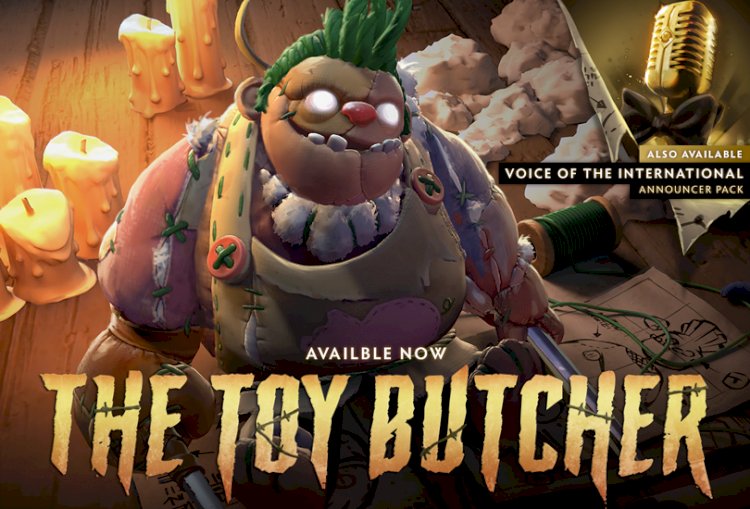 Valve finally unveils new Pudge Persona the Toy Butcher along with the International announcement pack with an in-game update. Behold, pudge pickers in your pubs!

With this update, battle pass owners who were eagerly waiting for this exclusive persona and the announcer pack have finally gotten their wish fulfilled.

The Toy Butcher pudge persona is harder to get as it unlocks at Battle Pass Level 255. After achieving the 255 level, only then you will unlock the new pudge persona. However, the announcer pack is easier to obtain as it unlocks upon reaching level 75.

The Toy Butcher Hero Persona for Pudge and Voice of The International Announcer Pack are now available — https://t.co/jcscB2W0D8 pic.twitter.com/9lRSxrf6GY

Pudge is considered as one of the most famous and highly picked heroes. While it’s tough to play around with him as you have to land your hooks properly, others, especially on YouTube, have mastered the art of landing hooks.

From the release: “Feared amongst the fluff-stuffed denizens of the toy box, The Toy Butcher stalks the corners and shadows of the bin, always on the hunt for his next kill. Every toy knows that once the butcher gets his hook in you, your stuffing and your life are forfeit – like as not to be left strewn about the lanes as the plushy monster jaunts happily away from your lonely, ragged remains.”

After every arcana or persona release, players around the world would always first pick the hero in a normal or a ranked match to play with the new cosmetics in-game.