VALORANT: India based Velocity Gaming will represent the country in Singapore 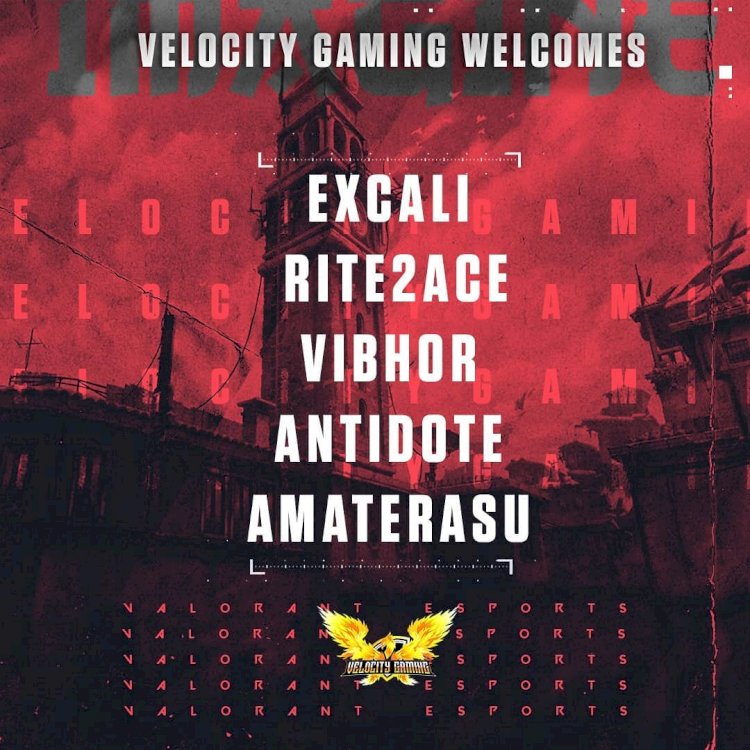 Velocity Gaming is a team from India and currently unbeaten across all the regional tournaments they participated in. Only yesterday, India Today League Valorant Cup was concluded where Velocity Gaming once again obliterated their opponents Villainous with a clean 3-0 scoreline in a best-of-five series.

Velocity Gaming incarnated to life earlier in July by SENTINEL and fields five players who were all Counter-Strike: Global Offensive professionals. They all transitioned to Valorant in early days and have retained the same aim accuracy despite the change in the game.

Amaterasu also leads the charge of the roster as an in-game leader.

Velocity Gaming had won Sky Esports IPL Showdown last week and now with the following win yesterday, the grind continues for Velocity Gaming as they now move on to the next overseas adventure that awaits for them.

Its an wrap to another series and velocitygaming wins 3-0 over villainous in the india today league valorant cup. Also the team qualifies to pvp tournament which is going to happen in singapore and will be representing india. #vlt #VLTWIN #velocity #valorantgame #valorantplays #valorantgameplay #valorantindia #pheonixrising#risefromtheashes

Velocity Gaming will represent India in the PVP Tournament in Singapore and will continue to brawl against fellow Southeast Asian teams for the victory.

Excali added a few words on his YouTube Livestream saying, “I am very excited to play against the South-East Asian teams. There is a lot of things to learn as well from those teams.”

To all fans of Velocity Gaming and players from India, Make sure you tune and cheer for them.