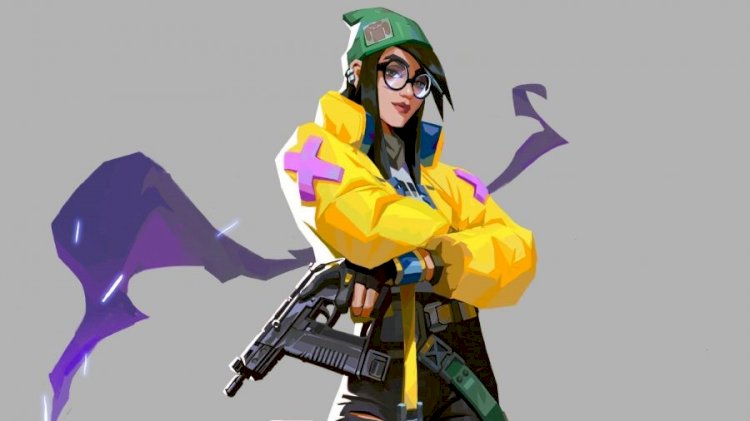 On August 4th, Riot games pushed out one of the anticipated updates of the second most-watched game in Twitch history. The update will feature a plethora of goodies for the fans of the game they adore the most, Valorant.

To name some, Act 2 includes a new battle pass, skins and nonetheless, the new agent, 12th of the game if we go by numbers, named as Killjoy who is also apparently the final member of the original cast of agents.

Killjoy’s existence started to surface in early July which was a topic of buzz all month. Although, at the end of the month the noise around was silenced by Riot themselves confirming Killjoy with the release of a Trailer on July 29th. The short video showcased abilities of Killjoy in action.

Killjoy is of German origin as 48th tier of the current VALORANT Battle Pass features a card named “Vetraulich,” which somewhat translates to the English word “Confidential.” Stating Killjoy’s reference to Germany, Killjoy will be the very first to have roots from there.

Killjoy has four main abilities up-sleeves, AlarmBot, Turret, Nanoswarm and Lockdown. After weeks of speculation about Killjoy, one ability that has caught attention is “Turret”, which basically allows Killjoy to access Turret from a distance without being present at the particular spot. I know right, sounds overwhelming but with the actual release only a few hours from now on, it will tell if that’s actually overpowering or not.

Killjoy seems to be a tactical agent, everything planned and having a blueprint ready for execution as her tag line says “Relax, I’ve already thought of everything.”

Turret: “Sometimes it's good to plant some roots. Deploy a turret that fires at enemies within its 180-degree cone. Hold equip to recall the deployed turret. With my turret, I can hold an area pretty well myself while the others cover the angles I can't.”

Although we talked a little about it above, it doesn’t really seem that ‘overpowering’ as people are describing and worried about. The turret will have 125 HP and will do 8 DMG at the close range, 6 DMG at around 20 meters and 3 DMG at 35 meters.

AlarmBot: “Equip and deploy a bot that hunts down enemies who dare to get in range. When my killer robot friend reaches its target...boom! Enemies who get hit are temporarily vulnerable to double damage from all sources. Hah, so fun. Hold equip if you want to recall your deployed bot.”

Well, this sounds fun. Not really doing damage to the person but you will be able to deal double the damage for the primary shot - only if you managed to get the enemy within a particular parameter.

Nanoswarm: “OK check this out. Throw the grenade. When it lands, it goes quiet. Then, activate the Nanoswarm to deploy a damaging swarm of nanobots and catch the enemy crying. I love this trick!”

It’s will be quite challenging to pitch in perfectly, but if managed to do so, one will be able to rip apart the enemy to death.

Lockdown: “You’ll have to adjust your timing for the windup, but once you get this device going, it detains all enemies caught in its radius for about 8 seconds. Yeah, enemies can destroy it —except I built plenty more.”

Sounds perfect while planting a spike, can delay the defending team, or force them to rush the site and disable the device.

As said, the new update is meant to bring plenty of good stuff, most noticeable being the new agent, apart from that it will also witness the release of a new Battle Pass and the new pass which cost 100 Valorant points (roughly translates to US$10) will feature three skins to unlatch. Not to forget, Glitchpop Set is also set to make its way with the pass which was tested over the weekend.