Ultimate Gaming Championship will run from 9th Nov. to 12th Dec. with the launch of UGC EDU and $25,000 Battle Academy tournament series. 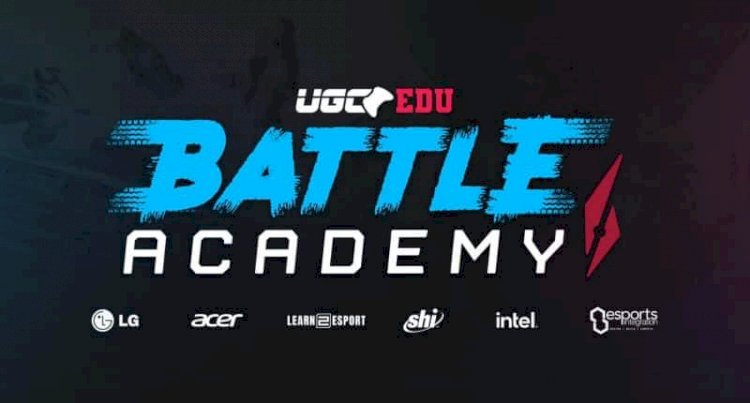 Image Credits: UCG
FACEIT launched Collegiate League for Universities only a few weeks back and now UGC is joining the pack with the introduction of Battle Academy, a tournament series for youngsters in schools and colleges. The tournament will be hosted under the UGC EDU department of the UGC and will feature two of the most popular titles in today's time - Valorant and Rocket League. 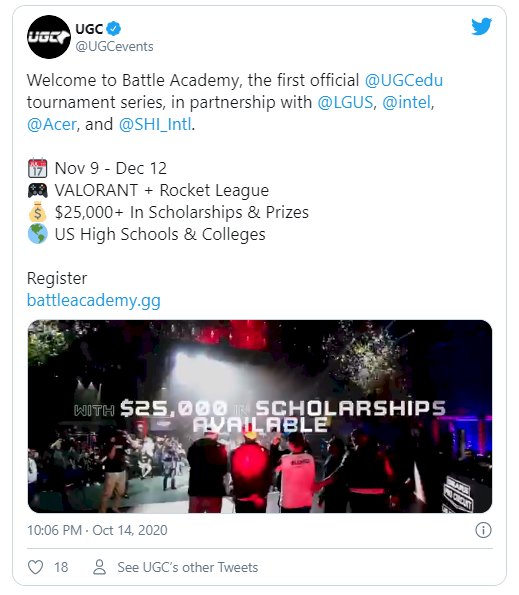 Matt Jackson, CEO & Founder of Ultimate Gaming Championship said, "After months of optimizing our digital infrastructure, we're thrilled to launch Battle Academy as the first initiative of UGC EDU,"
"SHI Int’l Corp, LG, Intel, and Acer share our vision for enhancing the future of esports by serving institutions and students across the competition, scholarship, and curriculum sectors. We believe esports will fit the same missional properties to that of traditional sports and are excited to support the next generation of students on the digital playing field."
-
Gaming usually incorporates within one at an early age, be it playing for fun or competing in neighbourhood tournaments making local stacks with friends. All the youngsters will have a chance to win lion's share of prizes and scholarship worth $25,000 and most importantly the winning schools will receive a free upgrade to their gaming equipment.
-
UGC has a stint of hosting many successful events in the past, to name a few are the Gears of War Pro Circuit Las Vegas Open and the Rend Lake College Collegiate Esports Circuit.
-
Battle Academy is free to enter for any student of high school or college living in the United States. One can enrol by heading over to the official website.

EA got sued in Canada over Loot Boxes

Israel to host first of its kind Competitive Esports Leagues...

Croatia is struck by a powerful earthquake during Cloud9...