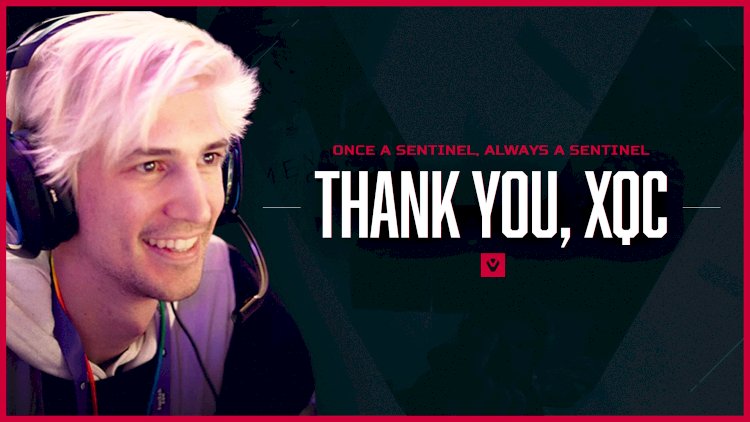 Twitch fame Félix "xQc" Lengyel has officially parted ways with Sentinels after requesting his official release from the organization that he had joined way back in February 2019.

We hope you enjoyed your stay, @xQc. pic.twitter.com/x3Br48Eto9

A Statement from Sentinels: “The Sentinels have granted a request for release to variety streamer Félix “xQc” Lengyel, effective immediately, so that he may pursue new opportunities. While we hate to see xQc leave, we couldn’t be more excited about his future. His time as a Sentinel was cherished by everyone in the organization, and we know he will continue to find success in whatever he does next. We’ll always be there in chat spamming xQcL.”

LA-based organization Sentinels was launched in 2016, entered a deal with Kroenke Sports & Entertainment to manage the Los Angeles Gladiators from the Overwatch League & Gladiators Legion. xQc was signed both as a content creator as well as the main tank for the Legion lineup.

Sentinels & Kroenke Sports parted ways in September 2019, xQc continued to stay in the organization as a content creator. xQc is at the top of the charts on Twitch in terms of viewership from the past months.

xQc’s streams are extremely entertaining and he has successfully managed to create a community on Twitch. Rumours have surfaced online that he has a better offer from standing from an organization and is looking to make the switch. Only the future will tell and confirm this hunch, let’s see what the future beholds!

Spotify exclusively partners with League Of Legends to become the Official Audio...

Valorant Mumbai Servers confirmed to go live on 14th of...