Total Gaming's Dragogrg is the tournament's Most Valuable Player 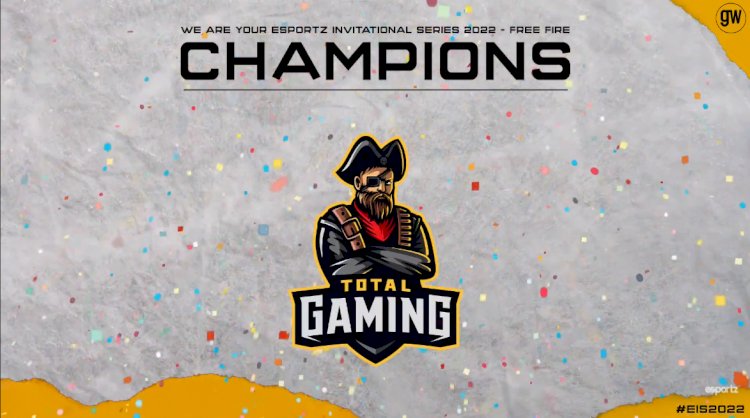 Esportz Invitational Series featured a total of 18 of India's finest Free Fire teams battling out for a total of the title and lion's share of INR 5,00,000 over 5 days from January 17th to 22nd. The first three days were league stages played in a round-robin format from where the top twelve teams were derived and eventually the one team that stood out the rest was the fan favourite Total Gaming Esports who are crowned champions of this event and have walked home with INR 1,85,000.

Total Gaming finished third in the League Stage behind Chemin Esports and Godlike, but coming into the Grand Finals, they utterly dominated the last two days of the competition with 195 points, well ahead of anybody else - a 75-point margin over second-placed Revenant Esports (120 points). Team Chaos, TSM FTX, Chemin Esports, and Godlike finished third to sixth in the points table, securing their respective share of the prize pool. Below are the placings with the prize earned. 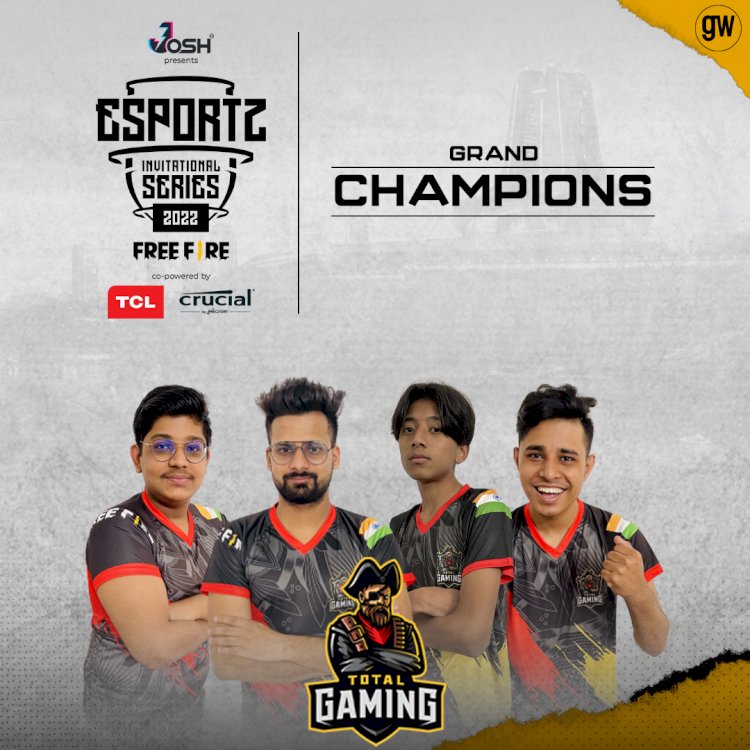 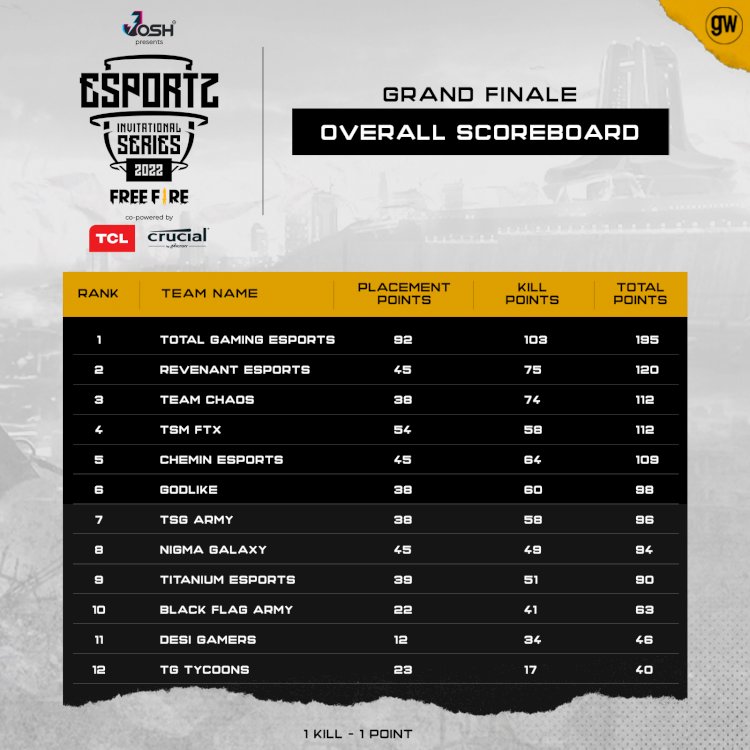 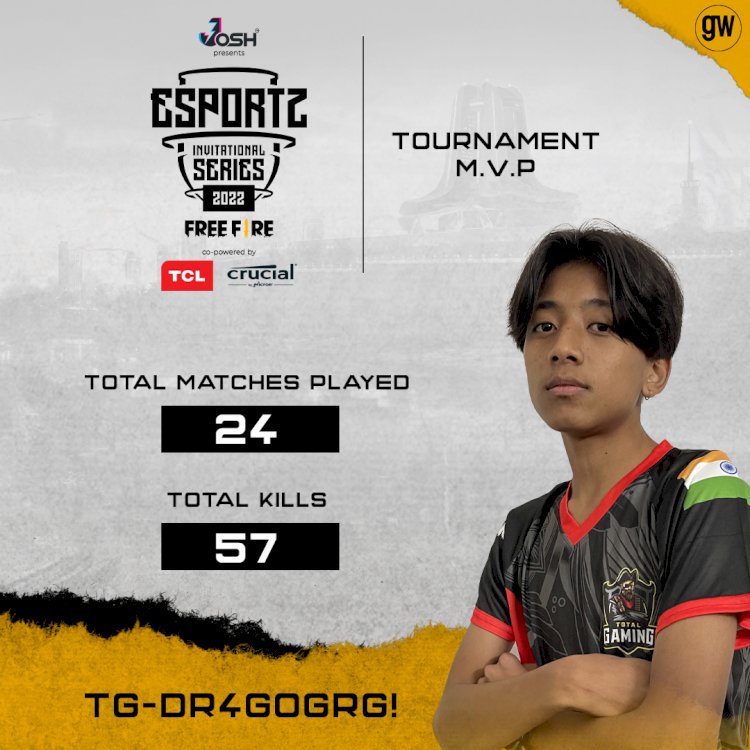 Total Gaming's Dragogrg is the tournament's Most Valuable Player, with 57 kills in 24 matches played, earning a cash award of INR 20,000. In this competition, he is the only player to cross the mark of 50 kills.

DR4GOGRG and his amazing grenade plays will be remembered for a long time.

This concludes the Esportz Invitational Series Free Fire 2022, as well as five days of insane Free Fire chaos. As announcers said near the close of the last day's live, esportz.in's flagship IP, the Esportz Premier Series is due to return in 2022 at any moment now, with the first qualifier being the Free Fire one itself. Registration for the same will be opened at any time. To avoid missing out on updates, follow Esportz.in on Instagram, Discord, Facebook, and YouTube.