A tournament in league format covering a large demographic audience with a massive share on the line. All of this brought to you by our friends at The Esports Club and the hustle begins on Oct. 4th while registrations start TODAY! 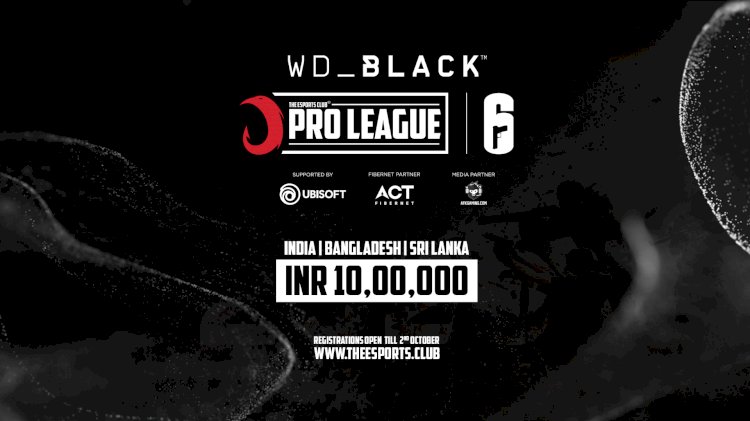 The Esports Club, a Bangalore based esports tournament platform today announced its latest esports event, the WD Black TEC Pro League for TOM CLANCY’S RAINBOW SIX® SIEGE the acclaimed team-based tactical shooter from publisher Ubisoft. The WD Black TEC Pro League is open to gamers and teams from India, Bangladesh & Sri Lanka and will begin in October, running every month till the end of February, with a total prize pool of INR 10 Lakhs.

The WD Black TEC Pro League for Tom Clancy’s Rainbow Six® Siege is supported by Western Digital under WD Black, ACT Fibernet and publisher Ubisoft. The total prize pool of INR 10 Lakhs is split between 5 seasons featuring INR 2Lakhs each season along with a WD Blue NVME SSD from Western Digital for the top MVP in each division. 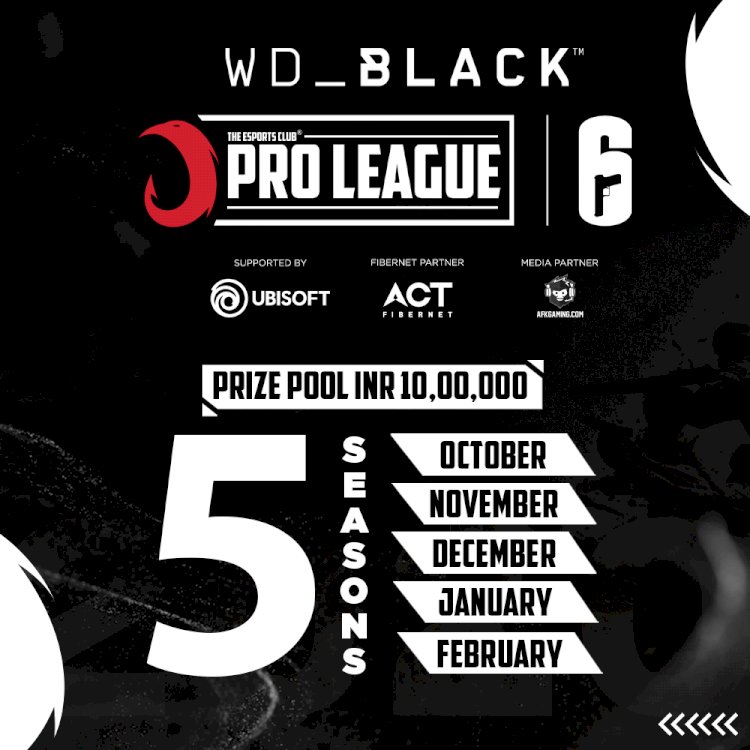 The event represents a landmark moment for The Esports Club in the sub-continent. With an increasing number of international opportunities for South Asian players through Ubisoft’s Esports events including the Rainbow Six® Siege World Cup in 2021, the WD Black TEC Pro League provides an ideal opportunity and competitive regional platform for teams to compete and hone their skills as they prepare for the international stage.

Ishaan Arya, Co-Founder & Head of Business Development, The Esports Club, said, “We’ve always felt strongly about Tom Clancy’s Rainbow Six Siege and we’re happy to have played a part in helping consolidate the esports ecosystem in the region. With the introduction of the TEC Pro League, we want to further support Rainbow Six esports in the region through a larger prize pool and help acclimatize teams to a high stakes competitive environment they’re going to see on the international stage over the next year.”

Jaganathan Chelliah, Director Marketing, India, Western Digital, said, “We are extremely excited to be working with The Esports Club on this Pro League and providing gamers an amazing opportunity to really kick start their esports careers”

Khalid Wani, Director Sales, India, Western Digital, said, “At Western Digital we’re always looking at new and engaging ways to connect with our customers through events and various different activities. Esports is one of the most exciting spaces to be a part of and we’re happy to be doing our bit to help promote the best talent in the region along the way”.

Mansoor Ahmed, Director of Esports, The Esports Club, said, “We were thrilled with the success of our first league for Rainbow Six® Siege, and are now looking at helping create a much needed competitive base to help our Indian talent prepare for and thrive on the international stage like the Rainbow Six Major & Rainbow Six® Siege World Cup in 2021”