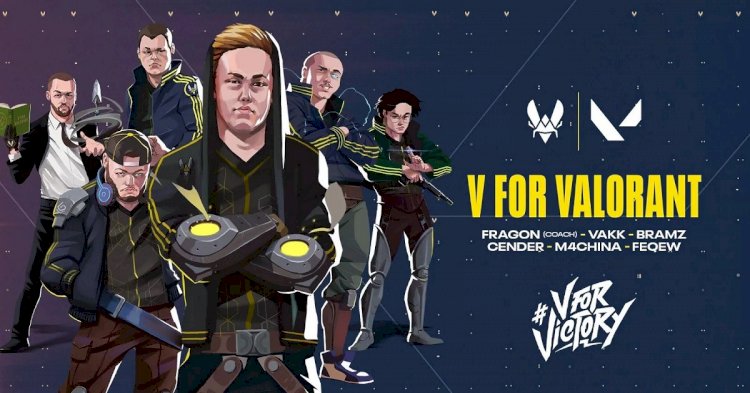 The Europe Division of Valorant Champions Tour is right around the corner and we saw few other organisation like Alliance and Fnatic revealed their roster for the same, and now Team Vitality has followed the likes of it. 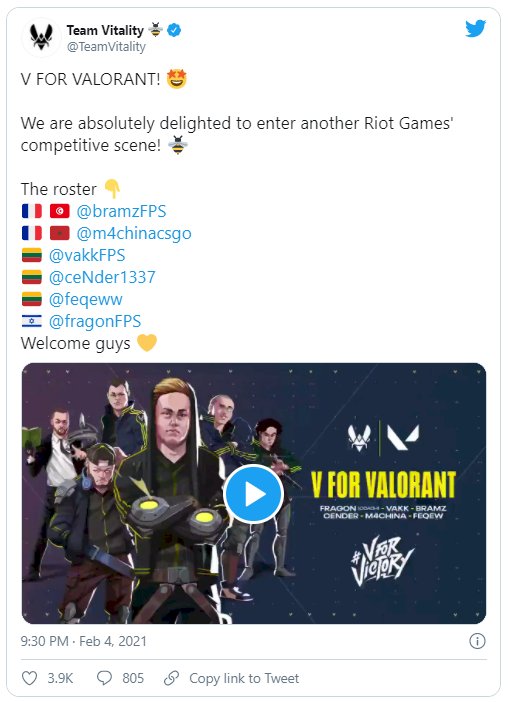 The new Team Vitality is the former "FrenzyGoKill" roster. FrenzyGoKill only came to life earlier this year and had recently been doing well thriving their way to the quarterfinals of Red Bull Home Ground. However, their run at was put to an end by G2 Esports with a 0-2 loss at Home Ground.

Fragon coaches the roster; he is best known for his coaching duties at Triump and for an Overwatch Contenders team. Also, he served as a coach for Team Israel at the 2019 Overwatch World Cup.

The North American division of Valorant Champions Tour has already commenced last week, however, the Europe division kicks off today. The roster might be able to show prowess as they have some experience of playing with each other. 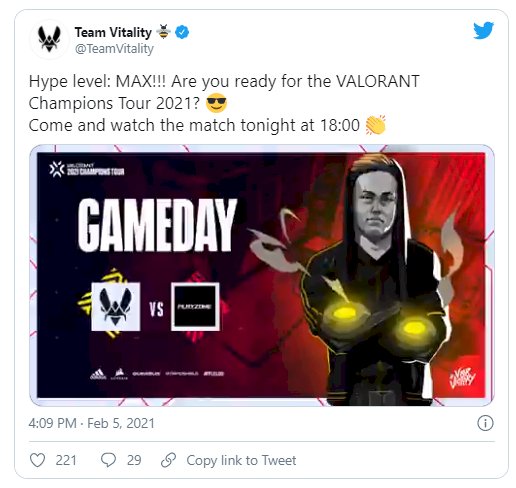