Martini will oversee esports and upgrade performance across all of Team Vitality rosters. 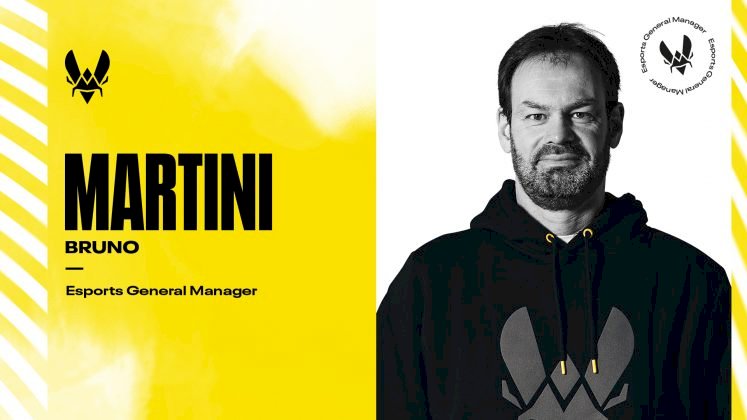 Team Vitality, esports organisation headquartered in Paris has sourced in a notable personality known for his General Manager (GM) duties across the country. From now on, the ex-Olympic handball player Bruno Martini and former General Manager of Paris Saint-German (PSG) will be serving as GM at Team Vitality. 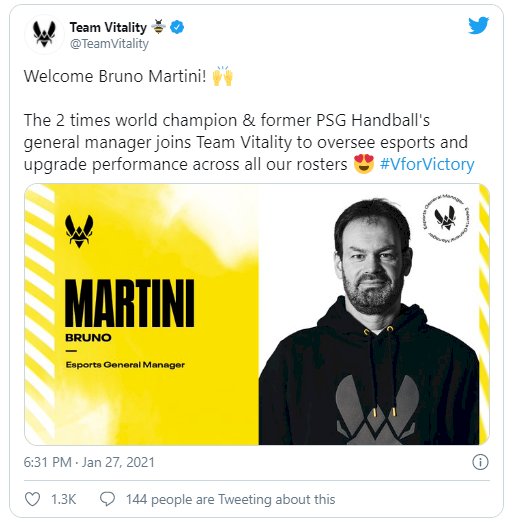 As per the release, The two-time World Men's Handball Champion Bruno served as GM for eight long years at PSG, during that time he has gotten home a total of 17 titles and has set numerous national and international records.

"The former international goalkeeper will lead the performance infrastructure across all of Team Vitality’s rosters," added the release.  "[Martini will] oversee its player performance philosophy and program, incorporating physical and mental wellness, including lifestyle factors such as sleep cycle, nutrition and stress management."

“We take performance incredibly seriously at Team Vitality, of course in-game, but our players are professional competitors, and to perform at the highest possible level we need to give them every advantage.

“I was looking for former professional sportsmen with experience in management, and I couldn’t have hoped to find someone with a resume as impressive as Bruno’s. I cannot wait to see what he brings to Team Vitality.”

Martini is based in Paris, same where Team Vitality's headquarters and performance centre - V.Hive and V.Performance is situated. He will be commuting with Vitality rosters to all the major events and will also give his valuable time to Team Vitality’s LEC and LFL teams in Berlin.

“There are so many important factors to performance, team spirit, fitness, mental health support, etc. and what’s essential is that our players are convinced that this will make them play better, and play better as a team.

“This is my first role in esports, and I was hugely impressed by the Team Vitality brand and the infrastructure they already have in place. I’m very excited for this new challenge of bringing my experience in building performance structures around professional sportsmen to esports players.”