Team Vitality took a long time coming to India after the initial rumours, although they finally did last October. Since then, the organisation didn't really pierce into esports and kept quiet after hiring Indian content creators to build a local presence in December.

Today, Team Vitality India has introduced its first major step by revealing the first-ever Call of Duty: Mobile roster to field under the banner. 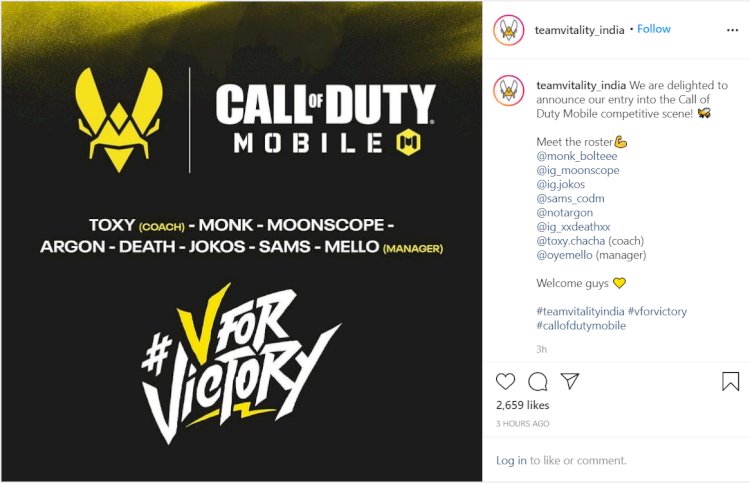 This COD Mobile roster is none other than the former S8UL Esports roster which was released recently and the one that secured second place at the Call of Duty Mobile India Cup.

CEO of Team Vitality, Nicolas Maurer added on this occasion: “Our goal in India was to create an e-sport team that would have its own unique identity while imbibing fundamental values. by Team Vitality. We are very happy with the list as they have the right skills as well as the potential to be no. 1 team, and we are eager to make our mark in a whole new category. While we will fully support them every step of the way as they progress, we are confident that tons of extra support for the team will come from our fans – from India and around the world. ”

The roster will be seen competing in the coming time and it makes as the tenth competitive roster of Team Vitality.