€50M investment from Rewired.gg is spread over the next three years to create European super teams capable of winning the most coveted trophies in esports 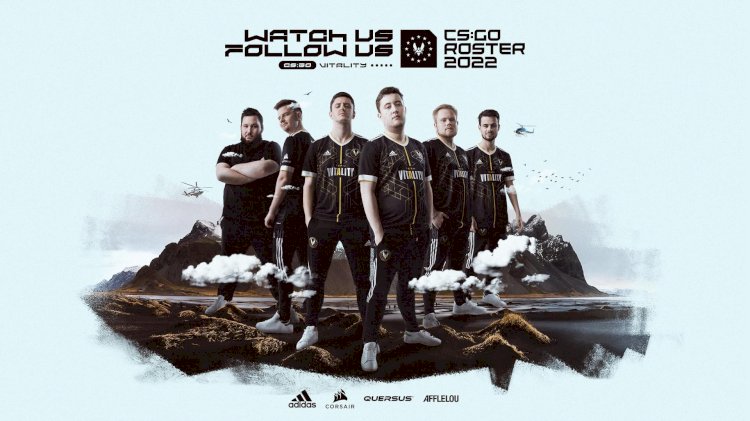 Team Vitality has announced the signing of dupreeh, magisk, and zonic to their CS:GO division. The latest additions will join Mathieu "ZywOo" Herbaut, Dan "apEX" Madesclaire, and Kévin "misutaaa" Rabier to form one of the most powerful CS:GO rosters ever in history. The trio's acquisition is part of a €50 million investment by Rewired.gg over the next three years which focuses to build European super squads capable of winning the most coveted esports tournaments like the CS:GO Major and LOL World Championship.

Dupreeh is one of only five players to have competed in every major CS:GO tournament, winning championships at ELEAGUE Major: Atlanta 2017, FACEIT London Major 2018, IEM Katowice 2019, and StarLadder Major: Berlin 2019. Magisk also joins Team Vitality with a long history of achievements, including the renowned Intel Grand Slam, a $1,000,000 reward offered to teams who win a number of ESL or DreamHack S-Tier events. The most decorated coach in CS:GO history, zonic, is at the helm, bringing a wealth of knowledge, trophy victories, and skill that will propel Team Vitality to new heights.

Fabien “Neo” Devide, Co-Founder and Esports Director, Team Vitality, said: “This scale of talent investment has never been seen in esports before and I am honoured to be leading the charge with these rosters which have the potential to make history in Europe and beyond. Since the beginning of our entrance into CS:GO, we have been working with intensity to get to the top and nurture some of the best talent France has to offer. It’s now time to think internationally and create a new CS:GO culture of European talent with legacy athletes. As proven winners, dupreeh, magisk & zonic have what it takes to move us from not just being a strong contender, but the best CS:GO team in the world.”

With a lengthy history of winning awards and fostering some of the best players in the industry, CS:GO has always been at the heart of Team Vitality's competitive objectives. Back-to-back HLTV Player of the Year and Forbes 30 Under 30 honoree ZywOo is a member of Team Vitality. ZywOo, who is only 21 years old, is on course to make history in his sport by being the record holder for the most MVP awards won by a player in their first competitive year, with five. Team Vitality is poised to push ZywOo to another HLTV Player of the Year title and take his abilities to new heights with this fresh squad of experienced players.

Mathieu "ZywOo" Herbaut said: “I couldn’t be more excited to have dupreeh, magisk, and zonic join the team. Together they have achieved so much and I know there is a lot both myself and the team can learn from them. I am so ready to show everyone how far this team can go!”