Mavi and Scout are the newest recruits. 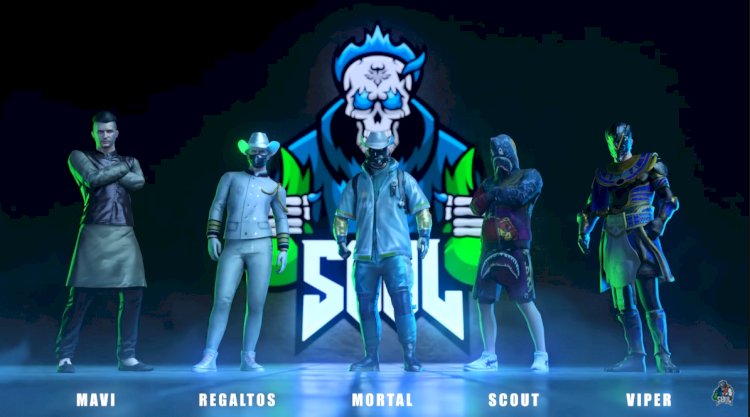 Team SouL has officially released the much-anticipated lineup. The roster features elite PUBG Mobile players who will now compete in Battlegrounds Mobile India. Team SouL quickly became one of the most popular teams in the Indian gaming community by dominating throughout the year in 2019. They won several tournaments, including PUBG Mobile India Series 2019 and the PUBG Mobile Club Open Spring Split 2019 India finals.

Team SouL is powered by S8UL, a fusion of two large organisations - SouL and 8bit.

The inclusion of players Tanmay "Sc0utOP" Singh and Harmandeep "Mavi" Singh is the most surprising element about the roster.

Scout is regarded as one of the finest assaulters in the game's history. He has already proven his ability while playing for organisations like Fnatic, Orange Rock Esports, and Insidious.

Mavi is best recognized for his In-Game Leading abilities, which helped Orange Rock Esports to secure second place at the finals of PUBG Mobile World League 2020 with Scout.

MortaL created Team SouL in the first place. With his vast expertise, he'll most certainly serve as a mentor and will fill in as a sub in this lineup whenever required.

Viper and Regaltos, from Team SouL's initial lineup, are the final two players to appear. The tag-team synergy of Support and Assaulter has been seen worthy already in the past.

It will be fascinating to see how this roster will perform. Fans don't have to wait long to see them in action as the roster is set to compete as Team Mortal at the INR 6,00,000 Launch Party event of Battlegrounds Mobile India in the coming day.