Korean Organization T1 has decided to drop Food & Crashies from their active Valorant lineup amid poor results in previous tournaments, dropping out in the group stages. 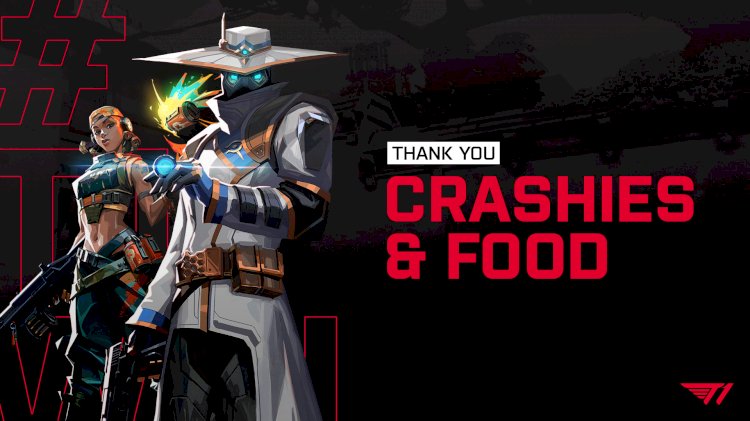 Unfortunately, not a good time for T1 fans as the organization decides to officially drop Austin “Crashies” Roberts and Victor “Food” Wong.

We're thankful for all the work they put into the team and wish them the best for the future. pic.twitter.com/gHX5CORJDi

T1 publically announced this news via. Their social media handles with the following message: "We're thankful for all the work they put into the team and wish them the best for the future,"

Everything from that point has not been up to the mark. T1’s performance has had a streak of losing and dropping out early in the group stages. With their recent announcement of hiring a CSGO Professional Player Tyler “Skadoodle” Latham, Ska has not been able to participate in professional tournaments as of yet since he is practising and expanding his agents pool.

An update to my fans, and fans of @T1: As you may have noticed, I haven't been playing with the squad in competitions, and again won't be competing in this weekend's event.

Fans are eagerly waiting for T1’s next move regarding their Valorant roster and seeing Skadoodle in action.