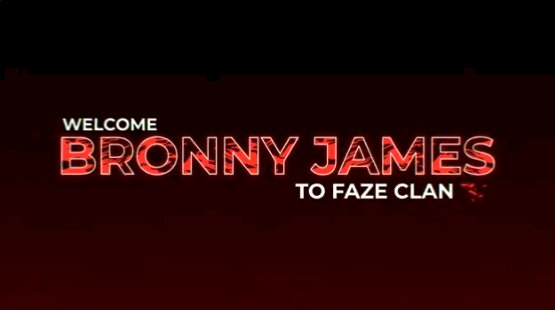 Bronny James is another star name that is making his way in esports. The oldest son of star LeBron James has now joined professional esports organisation FaZe Clan.

The fifteen-year-old American is a high school basketball player who attends Sierra Canyon School in Los Angeles and casually enjoys streaming. The announcement video showed Bronny’s basketball highlights alongside some of his Twitch streams. Bronny already has a remarkable social presence with over 4.3 million followers on TikTok and over 300,000 followers on the streaming platform Twitch.

It’s not disclosed yet what exactly would be Bronny’s role at FaZe Clan but it very likely for him to stream playing under the banner creating content around titles that he already enjoys streaming such as Fortnite, COD:Warzone and NBA 2k.

Noble Esports and its Valorant Roster have Mutually Parted...