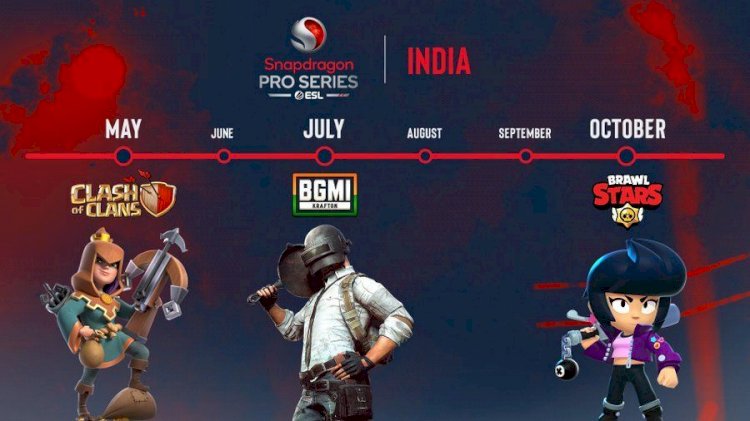 With the Snapdragon® Pro Series being well underway in several regions already, ESL Gaming, the world’s leading esports company, is thrilled to welcome players in India to take part in one of the largest global mobile esports ecosystems. Featuring competitions in BATTLEGROUNDS MOBILE INDIA and Brawl Stars that start later this year, Clash of Clans fans can prepare for some heated action during the Season 1 finals of the inaugural tournament on June 12, 2022.

Since June 2nd, fierce competitors have been facing off in Clash of Clans. These Open tournaments will culminate in the Snapdragon Mobile Open regional finals, where the top 16 teams will battle it out to secure one of eight available spots in the Snapdragon Mobile Challenge and US$50,000 in Clash of Clans prize money in the next exciting phase of the Snapdragon Pro Series. Competition in the popular battle royale game, BATTLEGROUNDS MOBILE INDIA, will kick off in July followed by Brawl Stars in October.

“It is amazing to welcome players and fans from India to the era of everyone and to bring the Snapdragon Pro Series to even more aspiring mobile esports players around the world,” said Kevin Rosenblatt, General Manager, Mobile at ESL Gaming. “The Series starts at the grassroots level with the Snapdragon Mobile Open and from there, players have the opportunity to climb the ladder to eventually become renowned champions in both the Challenge and Masters programs. We can’t wait to co-author the next chapter in mobile esports history together with our partners and fans in India, giving players the platform to see some amazing stories unfold.”