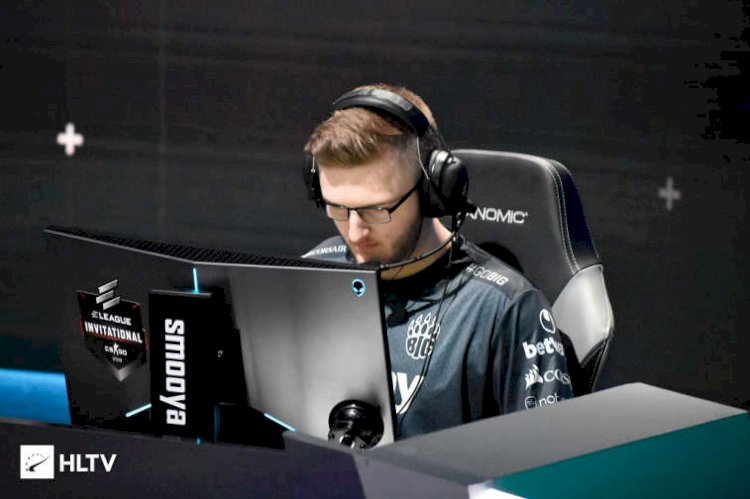 The player who came into the limelight of most of the people by his time at BIG as an Awper. He later moved to Chaos at the start of this year and then was picked up by c0ntact on a trial basis in August.

However, the British veteran Owen “smooya” Butterfield has stepped down from c0tact’s active lineup, he announced in a Twitter post.

Smooya has played at Eden Adena Malta Vibes Cup nine with c0ntact where the team was bottom of the table. c0tact also failed to qualify for DreamHack Open Fall, the event that marks the return of RMR points.

Smooya states the reason behind parting ways is that he wants to go back as an Awper where in c0ntact that position was served by Otto “ottoNd” Sihvo. 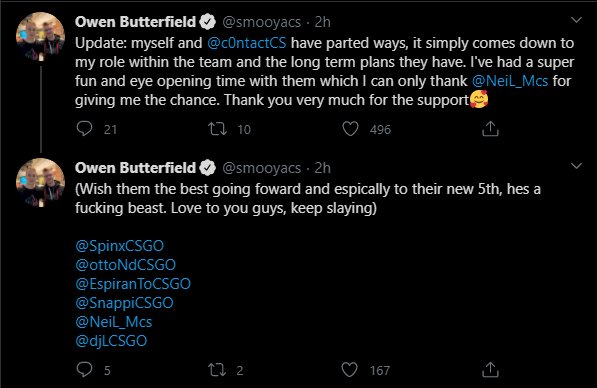 “It simply comes down to my role within the team and the long term plans they have,” said smooya.

C0ntact won’t be having issues filling the void of Smooya because as per Owen the team as already found his replacement, but the organisation hasn't confirmed yet. c0ntact is all set to take part in season two of Flashpoint on the 9th of November.