Skyesports joins forces with Ampverse to expand into Southeast Asia, with plans to invest $1 million in prize pools

A new Skyesports office is set to open in Bangkok as a part of the expansion. 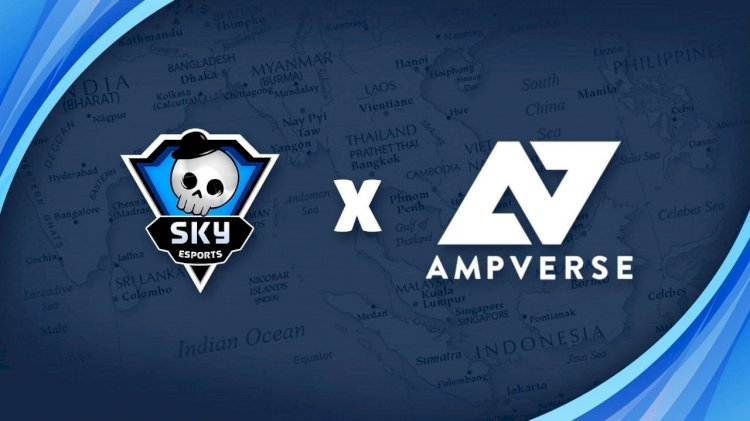 Skyesports, the leading esports tournament organizer in South Asia, is entering the lucrative Southeast Asia (SEA) market. The company will be partnering with one of SEA’s leaders in the esports and gaming space, Ampverse, to execute and co-organize IPs.

As a part of this co-beneficial deal, Skyesports will be investing $1 million USD into prize pools for different tournaments in SEA – both online and LAN events – across 2022 and 2023. The company will have access to Ampverse’s large pool of content creators across SEA for marketing initiatives and promotional activities.

Skyesports will also be setting up a brand-new office in Bangkok, Thailand as it looks to expand aggressively into the region.

Skyesports is known for grassroots-level tournaments and building valuable IPs in India and South Asia. Along with Ampverse’s deep know-how of the SEA market, the company will be executing a similar strategy in the region. Skyesports will be creating more original IPs with a localized flavor featuring different esports titles loved by gamers in the region.

Skyesports’ first IP in the region will be the Skyesports SEA Championship, powered by Ampverse. Stay tuned to Skyesports’ Instagram, Facebook, and Twitter handles for more information.

Commenting on the partnership with Ampverse and the expansion into SEA, Shiva Nandy, the Founder and CEO, Skyesports said, “After touching millions of gamers across South Asia, it was high time for us to expand our horizons even further. We are entering the SEA market with a long-term commitment and our new office in Bangkok is indicative of that. I am thrilled to begin this journey with Ampverse, who are one of the leaders in the gaming and esports space in the region. Together, I am sure that we will be creating some of the most loved esports IPs in the region soon.”

Ferdinand Gutierrez, CEO, Ampverse said, “We’re excited to be partnering with Skyesports to support their expansion into SEA while also co-developing new IP’s for the India market. This is a very complementary partnership so we look forward to building new products together to both excite and entertain gamers across the region.”

Rajan Navani, Managing Director and Vice Chairman, JetSynthesys said, “Over the last few years, the esports industry has picked up quite the momentum in India. Our DOTA 2 team winning a bronze at the Commonwealth Esports Championship 2022 further strengthens the mainstream acceptance and popularity enjoyed by esports today. I am delighted with the impact Skyesports has continued to make in the Indian market, and it gives me great pleasure to now see it enjoying fandom in South East Asian countries. I believe this is a step in the right direction and wish the teams the best to make the most of this opportunity and further propel the growth of esports globally.”

Skyesports’ expansion into SEA comes at a time when the market is seen as one of the fastest-growing for esports globally. SEA has more than 270 million gamers which is expected to compound strongly at a rate of 8.6 percent until 2025. More than 60 percent of the region’s gamers are engaged in esports and 40 percent of the total gamers are female.*