Over 250,000 competitors from 100 countries participated in the Olympic Virtual Series, the event's forerunner. 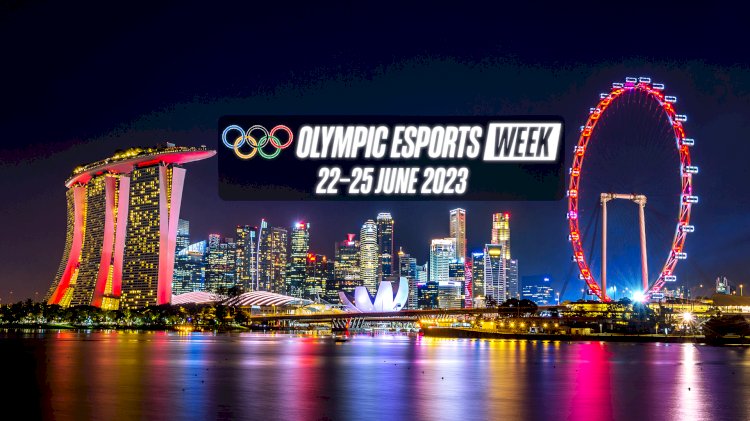 The International Olympic Committee has announced that the Olympic Esports Week would be held in Singapore from June 22 to June 25, 2023, ushering in a new chapter in the history of Esports.

The Ministry of Culture, Community and Youth, Sport Singapore and the Singapore National Olympic Committee (SNOC) will collaborate to organise the event, which will feature a variety of virtual sports, including mixed physical and sporting simulations. Participants will also have the chance to participate in technology exhibits, panel discussions, educational sessions, and show matches. The inaugural Olympic Esports Series live in-person finals will take place during Olympic Esports Week as well.

"The first Olympic Esports Week marks an important milestone in our ambition to support the growth of virtual sports within the Olympic Movement. We believe the exciting new format of our virtual sports competition, with live finals to be staged for the first time, is an opportunity to collaborate further with esports players and to create new opportunities for players and fans alike," said Thomas Bach, IOC President. "It is a perfect opportunity to be partnering with Singapore, which has a history of supporting innovation in the Olympic Movement, hosting the inaugural Youth Olympic Games in 2010, so we are looking forward to working together closely."

Over 250,000 athletes competed in virtual and simulated sports including baseball, motorsport, cycling, rowing, and sailing during the last Olympic Virtual Series, which drew competitors from over 100 nations and regions.

Early in 2023, further information on the Olympic Esports Week will be announced.

RazerCon 2020 To Be Conducted Online And Will Feature Mixed...

‘Prince of Persia: The Sands of Time’ Remake will be released...