Shroud played a vital role in bringing this to the limelight. 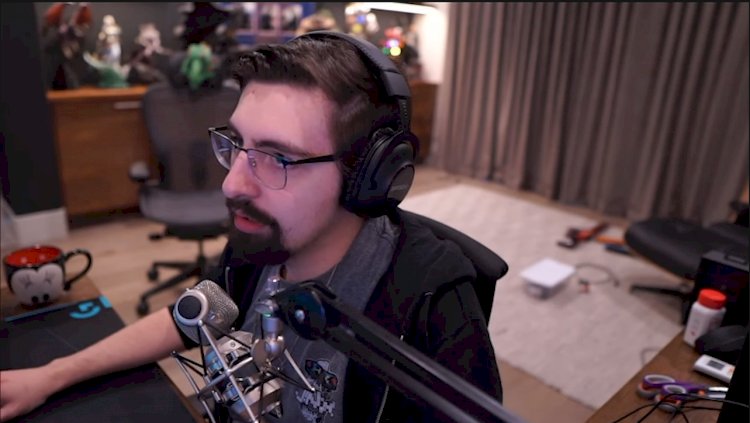 Michael “Shroud” Grzesiek played a massive role in driving attention towards Felix “xQc” Lengyel stream sniping action during Glitchon Twitch Rivals Fall Guys. However, even after Twitch handed a ban hammer to xQc, Shroud now expresses that the ban “doesn’t really mean anything.”
Felix “xQc” Lengyel has been banned from streaming on Twitch following a proper investigation about allegations of him stream sniping during Glitchcon Twitch Rivals Fall Guys online event. After proper investigation, xQc has been found guilty and as a result, has been banned from Twitch streaming platform plus has been further banned from participating in any Twitch Rivals event.

At GlitchCon our player conduct rules were violated. We require all participants to abide by the same rules in order to play in a tournament. As a result, xQc has been issued a temporary Twitch account suspension, a temporary Twitch Rivals ban & forfeited associated prize money. pic.twitter.com/SA8umOdS9E

Shroud believed that xQc might be able to escape the ban, due to lack of talks about xQc in the community. Shroud shared an example reminding when Dr Disrespect was banned post E3 in 2019.

“I actually didn’t think he was going to get banned. A lot of people were saying it was blown out of proportion. I think it was the opposite ⁠— I thought it wasn’t blown up enough, and I thought Twitch was just going to let it slide,” shroud said on his stream on 18th November. “Getting banned doesn’t mean anything. Dr Disrespect got banned for a month for streaming in a bathroom. He came back stronger than ever.”

Shroud added that the a big streamer getting banned is possibly the "best case scenario." Any which ways, it's only a temporary halt for a minimal time and not forever. Once, one has served the ban, he can go back at work right away.

“I strive to never get banned. If I did get banned, would I really care though? Probably not, because getting banned doesn’t really do anything. You take a little vacation, and you come back swinging,” Shroud said. “It’s weird how getting banned for a big streamer is a best case scenario, which basically makes zero sense. Twitch can’t really change the rules of how someone gets banned based off their top streamers, it’s not really fair. I’m just happy they’re keeping it consistent.”

“A lot of people thought I was trolling when I said ‘this was Twitch history’. No big Twitch partner has done something like that before. The only people who stream-snipe are non-partners and then they get perma-banned and that’s it. I bet you Twitch didn’t even know what to do.”

What I did had no impact on the outcome but it was wrong. Sorry again, I wasn't trying to cheat out of malice I was just trying to entertain. 7 days suspension for now. Ride like lightning, crash like thunder. Go agane. PS: Give my winning to charity and i'll match it pic.twitter.com/48hgZQoyg0

Over the incident and a 7-day ban, xQc will not yield a single penny from the prize money from GlitchCon and has received a ban from competing in Twitch Rivals events for a course of 6 months. xQc's will return on  24th of November after serving the ban period.

Counter-Strike tournament BLAST Premier will be shown on the BBC iPlayer over the...

A new Among Us Map Teased