They will likely begin their journey at the WD Black Cup Open tournament. 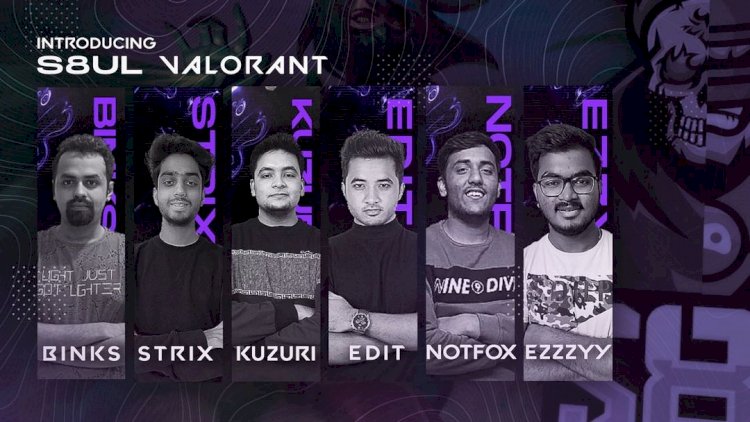 S8ul Esports, the entity that came to life by a combination of two of the biggest organisations - Team SouL and 8bit, together now as S8ul Esports they are now moving heading ahead with a new chapter and that is Valorant. The S8ul Esports Valorant roster fields former Innocent 5 players with the addition of Paratroops player Blinks69.

The former Innocent 5 roster cosisted Kurzuri, Edit99, Strizz notFox, and EzzzYy. They had quite a run while under the Innocent 5 banner, they also clinched victory against one of the top team Global Esports at the Battlezone tournament.

S8ul Esports was a mobile-focused organisation until today having rosters across games like Free Fire, Clash of Clans, Clash Royale and Call of Duty: Mobile. Now, singing a roster for PC title shows how popular Valorant has already become on the Indian grounds. The squad is most likely to begin its journey at the upcoming WD Black Cup Open tournament. It will be interesting to see how the new squad will fair against experienced teams like Global Esports and Team Mahi.