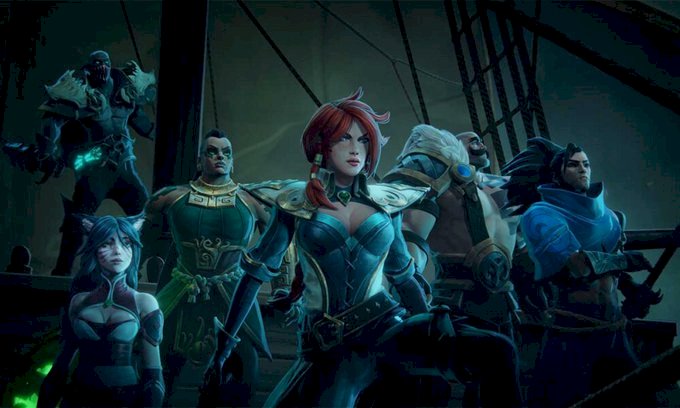 Ruined King has been teased for a while and finally, there's some new information regarding the new RPG game from Riot Games. Riot apparently took the best moment to reveal, the game got an Official Announcement Trailer right after the game 2 when Suning even scores with 1-1 against Damwon Gaming at the finals of Worlds 2020.

However, we already had learnt about the six main characters the game would be having: Pyke, Braum, Miss Fortune, Illaoi, Ahri, and Yasuo. The main characters would be put against the first villain that is the Ruined King.

Also, by the looks of it, it is likely the story centring Ruined King will venue around Bilgewater and the Shadow Isles. Although, there's no firm word we've heard from Riot yet.

The game is going to be turn-based RPG and apparently with a larger map with ample of characters.

Ruined King will be "Coming Early 2021" as the trailer states and the game will be available on several platforms such as PS4, PS5, Xbox Series X/S, Nintendo Switch, and PC (through Steam and the Epic Games Store).