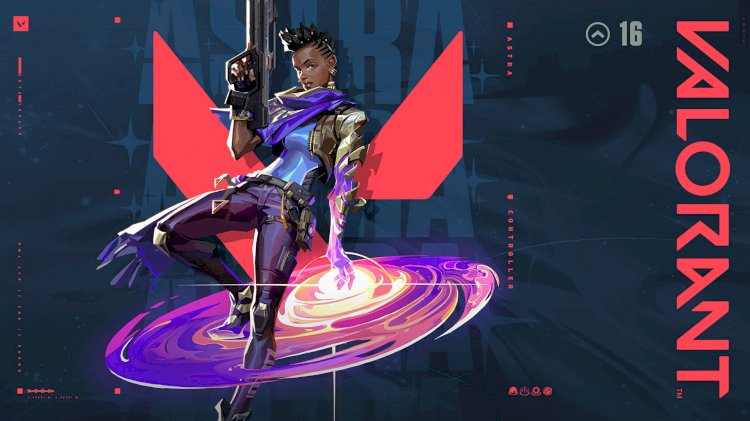 Riot Games, the company behind the popular FPS tactical shooter VALORANT has taken the curtains off the new agent Astra on their official Twitter.

Astra is a controller agent who is originally from Ghana. She now joins the controller stack alongside Brimstone, Omen, and Viper. After the game's publication, she's been the first controller to be added to VALORANT. Since the game's release, duelists Raze, Reyna, Yoru, and sentinel Killjoy have been included.

She’s already got it all planned out. Harness the cosmos and control the fight as Astra, the newest Agent in VALORANT. pic.twitter.com/1vTKh25atc

Activate a Star to form a Gravity Well. Players in the area are pulled toward the centre before it explodes, making all players still trapped inside Fragile.

Activate a Star to detonate a Nova Pulse. The Nova Pulse charges briefly then strikes, concussing all players in its area.

Activate a Star to transform it into a Nebula (smoke).

Use (F) on a Star to Dissipate it, returning the Star to be placed in a new location after a delay.

Dissipate briefly forms a fake Nebula at the Star’s location before returning.

Activate to enter Astral Form where you can place Stars with Primary Fire. Stars can be reactivated later, transforming them into Nova Pulses, Nebulas, or Gravity Wells.

When Cosmic Divide is charged, use Secondary Fire in Astral Form to begin aiming it, then Primary Fire to select two locations. An Infinity Cosmic Divide connects the two points you select. Cosmic Divide blocks bullets and heavily dampens audio.