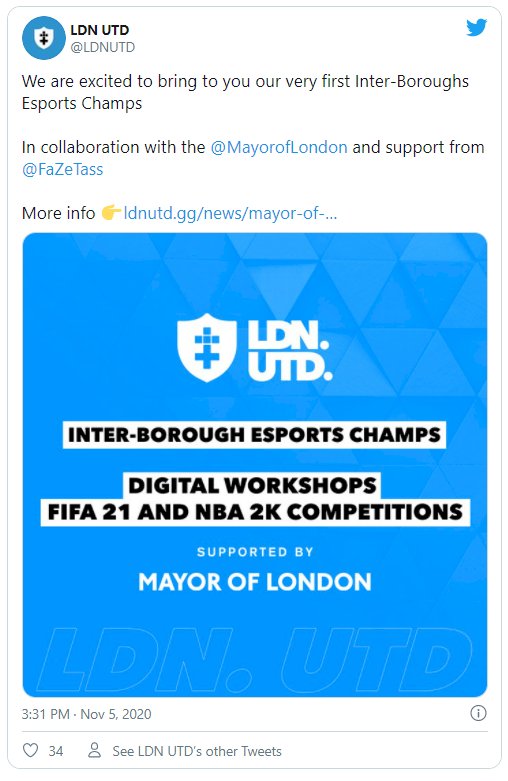 The two organisations have a vision of bringing employment to the youth via esports with this partnership. FIFA 21 and NBA 2K21 are the titles that will see people participating from the Hackney, Kingston, Lambeth, and Lewisham boroughs. The most interesting part is, not only the competitive players but even the spectators will yield an opportunity to participate in digital workshops that will focus on a career in esports and will cover topics like social media management, graphic designing and video editing.

A few of the Universities have already collaborated for the event and they will be running the workshops, part of its growing esports programs, Staffordshire University has come in. University of Salford and University of East London are joining in as well.

The event will also witness the renowned FIFA player of FaZe Clan, Tassal 'Tass' Rushan, speak and share his experience with the audience. Followed by networking opportunities to the young attendees as the event is endorsed by Mayor of London, Sadiq Khan and backed by his Sport Unites programme.

The organisation also adds that there will be interning slots for LDN UTD too.

INOX joins hands with Esports Federation of India to popularize...