A clean 3-0 sweep in the finals to secure the second LAN slot of the Grand Finale in December. 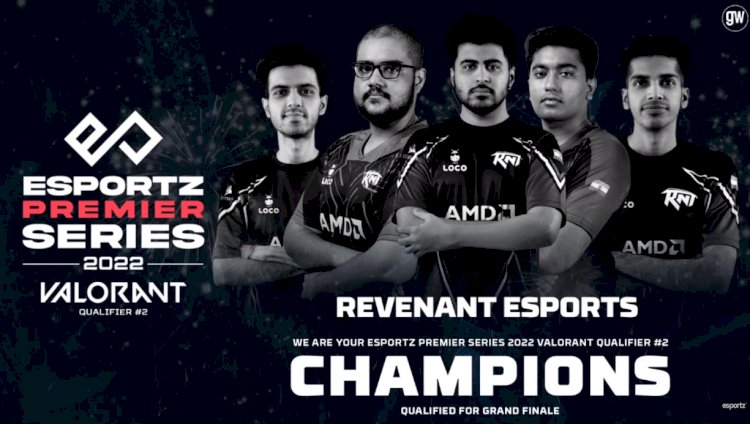 Revenant Esports (RE) comes back strong to win Qualifier 2 of the Esportz Premier Series Valorant 2022, and they have now progressed to the Grand Finale in December, where they will face Qualifier 1 winner Lethal Esports and other qualifier winners.

After getting dispatched to the Lower Bracket on the first day itself by L Streak and encountering TrueRippers, Revenant's Qualifier 1 journey came to an end. It's incredible how they came back in Qualifier 2 and never looked back, constantly retaining a razor-sharp edge over everyone else, allowing them to dominate this qualifier and not let a single map slip through their fingers. Meanwhile, our second Q2 finalist was Medal Esports (ME), who was spotted in the finals for the second time after sailing yet again through the lower bracket. Revenant was the superior team of the two, and their name is now inscribed on the second LAN spot. 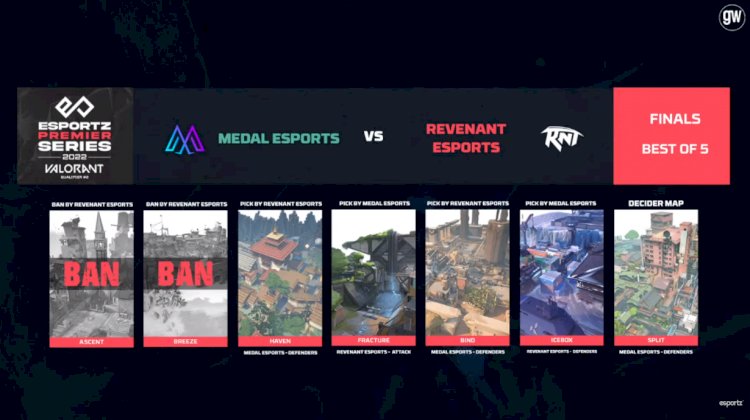 Revenant Esports looked crisp throughout the matchup and handily defeated Medal Esports in the best-of-five Qualifier 2 Finals, winning the series 3-0. 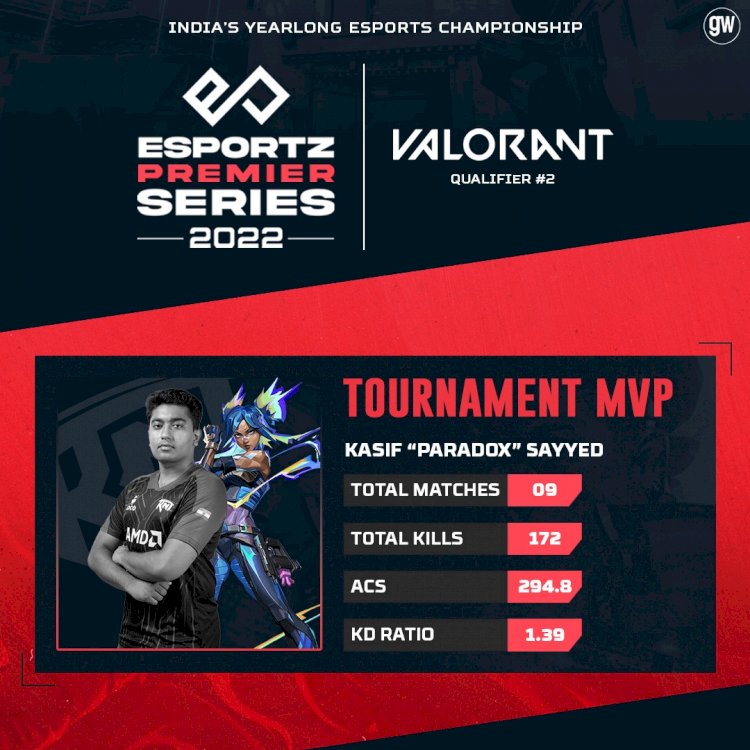 Kasif "Paradox" Sayyed, the newest member of the Revenant team, maintained a fantastic ACS of 294.8 and a KD Ratio of 1.39 owing to his 172 kills total from 9 matches played, earning him the Qualifier MVP and INR 5,000 in rewards.

"Since we play in a foundational and disciplined manner, it took us some time to adjust after Blackhawk and Paradox were added to the team. However, after we felt comfortable, the Qualifier was quite free-flowing for us, and we never really felt like we could lose any of the maps," said Saaransh "Whimp" Dang on the Qualifier 2 triumph in the post-match interview.

While Lethal Esports and Revenant Esports have already clinched two slots in the Grand Finale, we have officially reached the halfway point for Valorant for the Esportz Premier Series 2022. Soon, the dates for Qualifiers 3 and 4 will be revealed on the esportz social media accounts. To avoid missing an update, be sure to follow them on Facebook, Twitter, Instagram, and Discord.