The team emerged champions in the regional qualifiers with an unbeaten record; global event set to take place in London from August 19 to 20 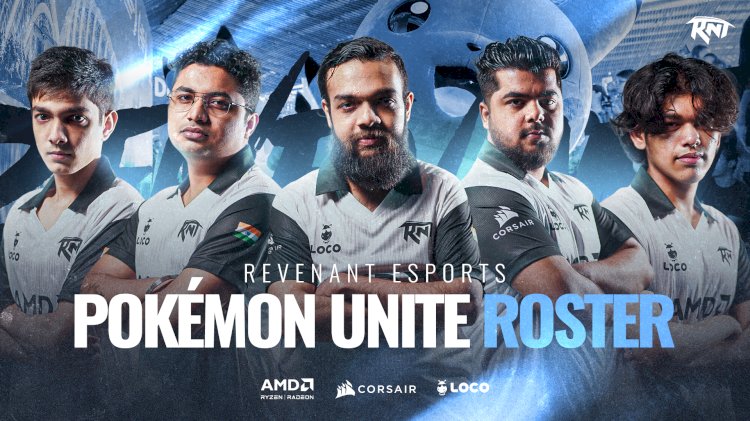 Hustling their way amongst the top Esports teams in the country, Revenant Esports booked their spot in the Pokemon UNITE World Championships 2022 by clinching the Indian regional qualifier with a dominating performance.

They overcame Ascension by 3-1 in the final and also took home the prize money of $20,000.

A total of 24 teams, including popular Esports teams like True Rippers Esports, Enigma Gaming, Entity Gaming and S8ul, featured in the regional qualifiers.

Revenant Esports were impressive throughout the tournament, winning all of their nine games in the group stages and playoffs.

The team will now represent India at the Pokemon UNITE World Championship, scheduled to take place in London from August 19-20. The tournament will feature a massive prize pool of USD 500,000.

"I am extremely delighted that the team has qualified for the World Championship, considering the fact that these qualifiers were the current roster’s first competitive appearance. The way they sailed through the group stage and playoffs was impressive. Being the first Esports team to represent India in this particular tournament is a commendable achievement for us and we are confident that the team will make everyone proud. We are looking forward to the tournament and competing with the best teams from all over the world,” said Rohit Jagasia, Founder & CEO of Revenant Esports.

“Having earned a lot of recognition through DOTA 2, it feels like a great accomplishment to represent your country on the international stage for multiple games. Everyone in the team put in a lot of effort and was confident about our chances right from the beginning. This was visible in the qualifiers as we went unbeaten in the regional championships in spite of the high level of competition. I hope that we transition that form to the World Championship as well and bag the trophy,” an elated skipper Raunak "Crowley" Sen expressed.

The event will feature 16 teams, qualified from 26 countries across the globe, battling to win the inaugural edition of the tournament.

AMD Skyesports Pro Invitational - VALORANT is back for Season 2 with a prize pool...