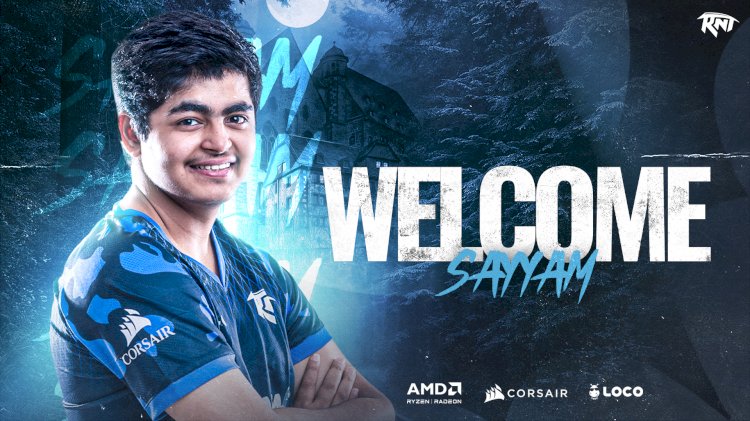 Revenant Esports, one of the fastest-growing Esports organizations of South Asia and the Middle East, has roped in top BGMI player Sayyam Otswal to boost their BGMI roster in India.

Sayyam is one of the better-known BGMI professional players in the country, and his in-game role is that of an Assaulter.

Revenant Esports Team has played the game on the highest level and also represented India in the PMWL previously. It is known for its consistent line up among the Battlegrounds Mobile India teams currently.

Sayyam’s inclusion in the roster will not only strengthen its ability to win but attack too, thereby maximizing their edge over others. Sayyam will be seen in Revenant colours in the upcoming Battlegrounds Mobile India Showdown (BMSD 2022) LAN event which will take place from July 21-24.

Founder and CEO of Team Revenant, Rohit N Jagasia explained the thought process behind Sayyam’s inclusion and said “With a thriving Battlegrounds Mobile India gaming scenes in the country, the competition among teams are fast getting closer. In order to strengthen our BGMI roster, we have signed Sayyam as an assaulter. His experience of playing alongside BGMI veterans like Scout and Mavi, as well as the skill of going for the kill at crucial points will definitely be a plus point for us."

Since their inception in June 2021, the total prize money earned by the roster is USD 46,903 (INR 38 lakhs approx.). Earlier, Revenant Esports have announced their partnership with chip giant AMD and peripheral giant CORSAIR.

"Sayyam has an impeccable eye and reads the game perfectly. He also has a very sharp game-play approach which will surely enhance the performance of our team holistically. The addition of Sayyam is an asset to the organization,” Jagasia added further.

Sayyam previously played for Team Insane in the NODWIN Loco All Stars Invitational, where he made it to the top five fraggers list with 23 kills and a K/D ratio of 1.53 despite his side coming sixth in the competition. His contribution was more than 34% of the total team kills. At the same event, Revenant Esports team grabbed the third position in the LAN event that was hosted in Gurgaon.

“I am thrilled to join Revenant Esports as an assaulter in their BGMI roster. With all my experience and grind in the game, I am really looking forward to take the team to the next level. The team has always been a consistent in the BGMI scene and I am looking forward to utilising my experience and contribute in bringing more glory for the roster. We as a team will now work in syncing our skills, strategies and gameplay and bring the best out of us in the upcoming BGMI events.” said an elated Sayyam after joining Revenant Esports.

After the addition of Sayyam, The new lineup of BGMI Revenant Esports is the following:

The Revenant roster is expected to have a perfect balance with the latest addition and the team members are confident of making a strong and winning comeback in the upcoming BGMI events.