A prize pool worth INR 5 lakhs. 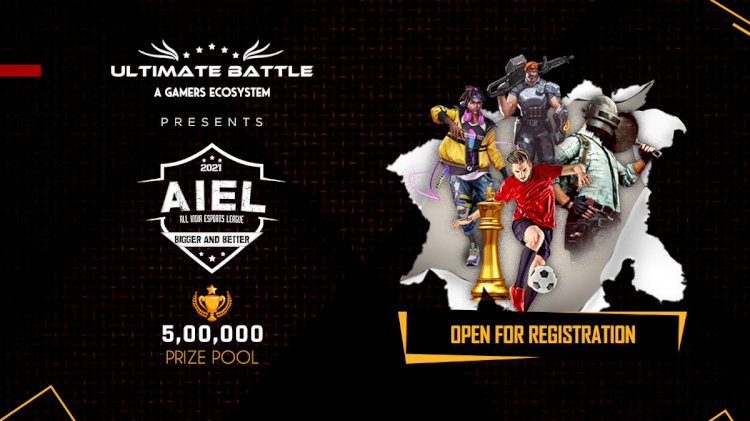 The high-energy gaming action will be hosted on the Ultimate Battle platform, to bolster and encourage more esports athletes to establish themselves. The tournament will prove to be a single platform with professional esports players connecting and giving some exciting moments to sit back and enjoy the highly engaging virtual gaming stream to their loyal fans. The league also boasts of awarding a massive total prize pool WORTH INR 5 lakhs.

“All India Esports league (AIEL) is the flagship tournament of Ultimate Battle which is a milestone on our road map to take Indian esports to a more superior platform. These nation-wide tournaments will stage as a perfect pillar, taking it closer to a well-defined establishment. We are constantly working on sustained initiatives and hope to see the gaming segment in a more profound manner. We want people to grow in a sector which they enjoy and have a deep passion towards it.

We have been consistently hosting tournaments on our platform in the past year and we plan on establishing more similar platforms in future. We want to be protagonists in the business of gaming in India,” said Mr. Tarun Gupta, Founder of Ultimate Battle.

The league which will be played over 4 months will be seeing popular multiplayer battle arena Esports games including recently-launched BGMI (Mobile) along with the other prevalent games Free Fire (Mobile), Valorant (PC), FIFA 21 (Console - PS4), and Chess (PC and Mobile) as part of the league.

The format for the event has been designed as follows:

The professional Esports athletes as well as enthusiasts from across the country, of age 18 and above, can register themselves free of cost for the league, with an Ultimate Battle user account.

Grand Finale of the Winter Season of NODWIN Gaming’s ESL...