The partnership will see BLAST support the climactic finale of Red Bull’s CS:GO competition in November as production partner, with some of the world’s best talent showcasing their skills in an epic LAN final 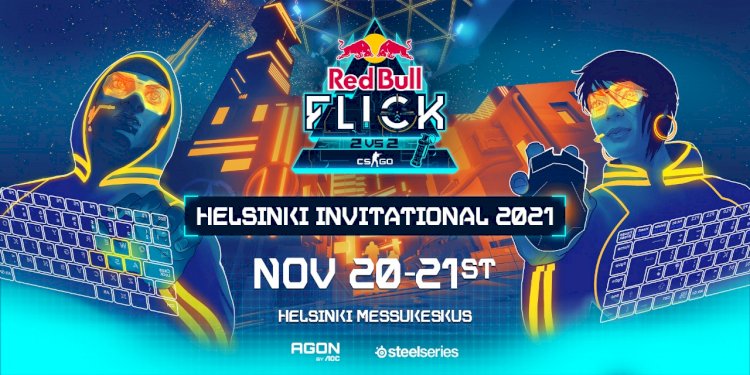 Red Bull Flick, the premier 2v2 Counter-Strike: Global Offensive tournament, has announced today a partnership with BLAST, the global esports media network, for the November pro-am Red Bull Flick Invitational, Helsinki. The culmination of the 2021 circuit, the event will give the best amateur duos from over 30 countries the chance to face CS:GO legends in an epic LAN event, complemented by an unforgettable live experience for fans ​​at the Helsinki Expo and Convention Center.

BLAST will support the global finale of Red Bull Flick as the official production partner, bringing their experience in producing top tier CS:GO events alongside Red Bull’s traditional flair and atmosphere. BLAST will produce both the physical event at the Helsinki Messukeskus and the online broadcast. Information on tickets for the event is available here.

Red Bull Flick is an amateur 2v2 CS:GO tournament, with this year’s circuit beginning in April and seeing competitors from over 30 countries take part. A unique alternative to the traditional 5v5 CS:GO format, amateur duos from across the world have fought for their chance to compete against their idols, some of the world’s best CS:GO pros, at the Red Bull Flick Invitational, Helsinki.

Red Bull Flick launched in 2019 with a local event in Turkey, but was taken to a new level in 2020 and 2021 through a futuristic narrative and eight custom maps, five unique to the tournament and three more specially designed for the playoffs. Some local LAN finals, such as in the UK, have brought this theme to the physical world as the Red Bull Gaming Sphere in London, was transformed into a set inspired by the in-game Red Bull Flick maps.

This year, each participating country has produced a champion duo who will compete for a chance to face professional talent at the Red Bull Flick Invitational, Helsinki. The closed qualifier will narrow down the final competitors to eight of the best amateur duos in the world. Six of the world’s leading CS:GO organisations will make up the invited teams, including: G2, Ence, OG, BIG Academy, Team Spirit and Furia.

Leo Matlock, VP of Commercial at BLAST, said: “Red Bull are a hugely prestigious brand with a great history within esports and we're delighted to work with them and help elevate their Red Bull Invitational Helsinki event in November. Bringing the BLAST approach to production, content creation and technology - we feel we can raise the bar when it comes to the event's viewer experience. We have a strong track record in organising leading Counter-Strike events all around the world and look forward to leveraging this knowledge to deliver another exciting format for the community to enjoy.”