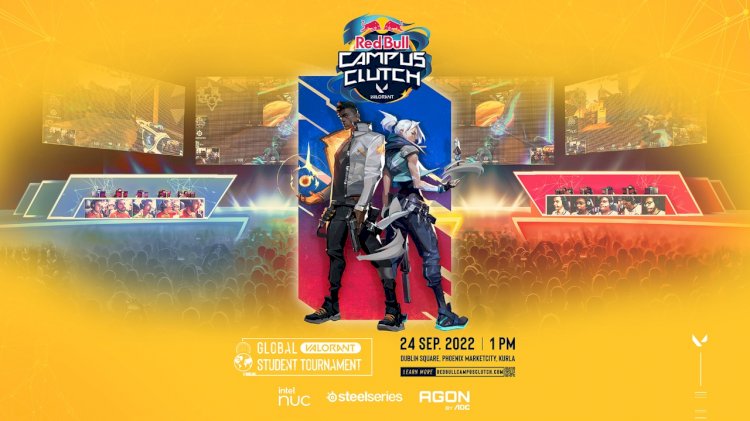 Red Bull Campus Clutch came back for Season 2 to India this year with more than 2000+ student participants battling to take the coveted Top-4 spots at the India Finals. 10 Online and 10 offline qualifiers in India took place from 13th August to 10th September.

The India Finals aims to take university esports to the next level by creating an unprecedented one-of-a-kind Red Bull experience, inviting students to not only represent their campus, but eventually their country, and pave the way for the next generation of Esports pro players. The India Winners will get an all-inclusive trip to Brazil in December where they will compete against the world’s best for the World Champions title. #RedBullCampusClutch is a global student-only E-Sports tournament based on Riot Games’ popular game Valorant, with more than 65 countries representing their campuses and battling for supremacy.

Top Indian Gaming creators like Ankit Panth (Red Bull Player), Rakazone, T-Bone, Fa2, MambaSR and Xyaa will be at the national finals at Dublin Square at Phoenix Marketcity, Kurla, Mumbai for a special Meet And Greet with fans and gaming enthusiasts alike. F1 Racing simulators, FIFA Competitions, Cosplay, and a whole lot more for you to experience Gaming in a true Red Bull style.

Skyesports is the execution partner for the tournament in India. Skyesports is an esports and gaming venture in India, renowned for hosting major esports tournaments.