In addition to the spot, they collected INR 50,000 from the qualifying prize pool. 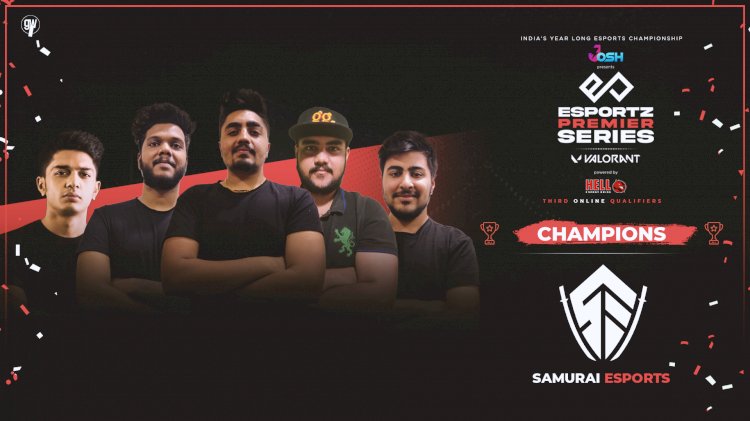 Samurai Esports defeated Engima Gaming on Maps of Ascent, Icebox, and BIND to seal a 3-0 sweep in this best-of-five series. Along with the victory, they receive the lion's share of the INR 1,00,000 Qualifier prize pool, winning INR 50,000 and, most importantly, booking their ticket alongside Global Esports and GodLike Esports at the INR 10Lakh MEGA LAN Finale in December.

Engima Gaming has suffered a 0-3 loss in the Qualifier Grand Finals for the second time in a row. They have earned INR 30,000 like they did last time, while ROG Academy has received INR 20,000 for finishing third. 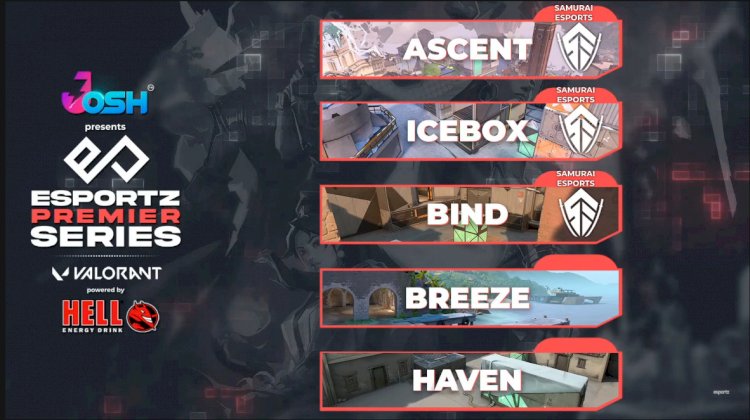 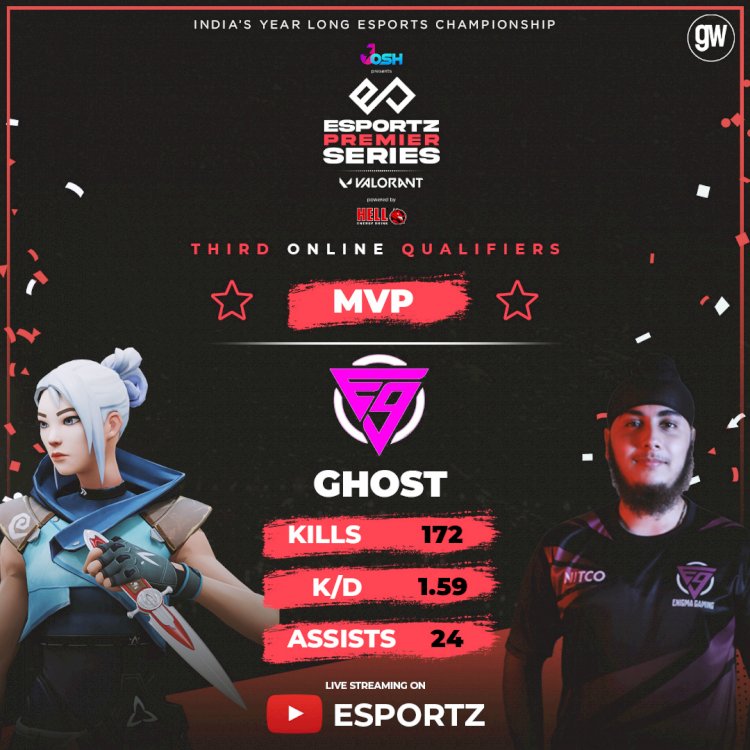 EG's Ghost, who primarily showed insane plays on his Jett, wins the tournament MVP title of Qualifier 3 with 172 kills and 24 assists while maintaining a K/D of 1.56.

"I am really happy that we won this Qualifier. We have been working a lot because the VCC is so close, and we are doing our best to develop individually and as a team," said Simar "psy" Sethi to Esportz on the win. "As an IGL, I can certainly state that we showcased some fantastic valorant, so I am very glad for my team. However, the competition was unquestionably fierce. Congratulations to every one of the teams involved, and thanks to esportz for organising such a smooth and good event."

‎‎‎‎‎ ‎
‎‎‎‎‎ ‎
Global Esports was the first team to qualify, then GodLike Esports, and now Samurai Esports. This brings us down to only one qualifying place remaining, and with so many excellent teams left, it's difficult to predict who will click the last slot for the LAN. With Qualifier 4 registrations currently open on the official website, it might be you as well.

God Particles' desire comes true as they get signed by...