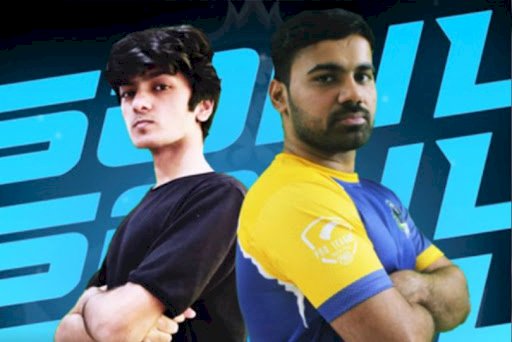 Team SouL is one of the most famous PUBG Mobile teams in the country, owned by the popular streamer Naman 'MortaL' Mathur. Team SouL was victorious at PMIS 2019 and PMCO Spring 2019 while coming runner-ups at the PMCO Fall 2019. However, we all know that PUBG Mobile was banned by the government over two months ago and is finally bound to return anytime. With the return, Team SouL is looking to be making a lot of roster changes, only a few days before Mortal announced his break to take charge as a mentor for the team. 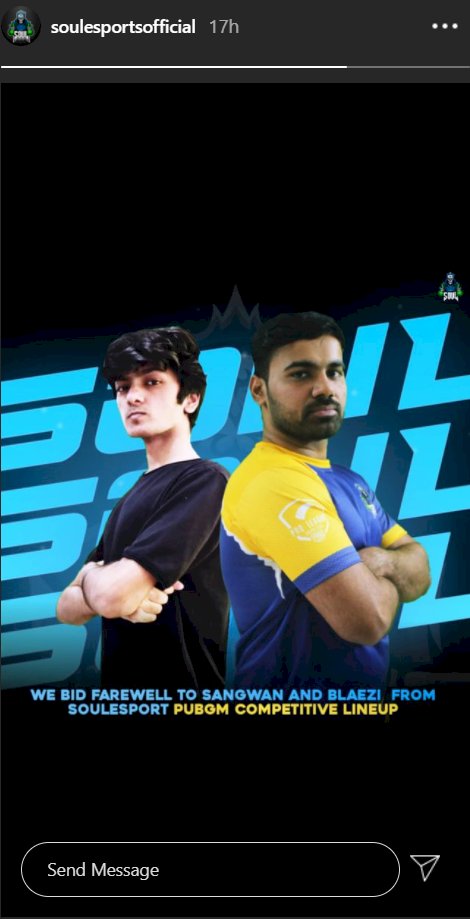 Blaezi rose to popularity during PMCO 2019 Fall Split South Asia Regional Finals where he fielded for Team Zerodegree. Following in December 2019, Team Zerodegree was acquired by Marcos Gaming. His Godx teammate, and 8bit Elite member, Mafia, is the one who referred him to Team SouL. Also, only a few weeks before Blaezi had announced on his Instagram already that his contract with Team Soul has expired and so he will be parting ways with Team SouL.

Blaezi said a few words on his departure:

“I had a great experience while playing and being with you all and learned so much from each of you. Know my heartiest thankfulness for the guidance and support that everyone gave me.

Goodbye and know my best wishes for all of you.

With positive vibes my contract with SouL comes to an end.

Also thank you so much to the soul audience who showered me with their love and support.

Hope you all will continue supporting me.
Thank You.”

On the other hand, Sangwan is another popular player, former VSG.Crawler player, who then joined SouL Esports for PMPL Spring 2020. He has also fielded for several other teams like the including for the insanely popular Fnatic at PUBG Mobile All Stars India 2019. Sangwan SouL didn't manage to win any tournaments.

It will be interesting to see, with the return of the game who will be the replacement for the slots vacated on one of the most popular team of PUBGM in the country.