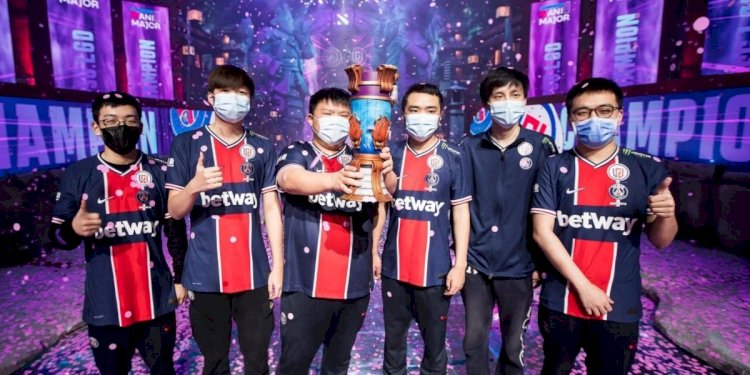 PSG.LGD, the powerhouse from China sweep Evil Geniuses with a clean 3-0 victory in a Best of Five at the Grand Finals of WePlay AniMajor in Kyiv, Ukraine.

PSG.LGD were the first finalist who made it to the Grand Finals via the upper bracket while EG made it from the lower brackets. Both of them took on a 2-1 series victory against T1 to earn their spot. 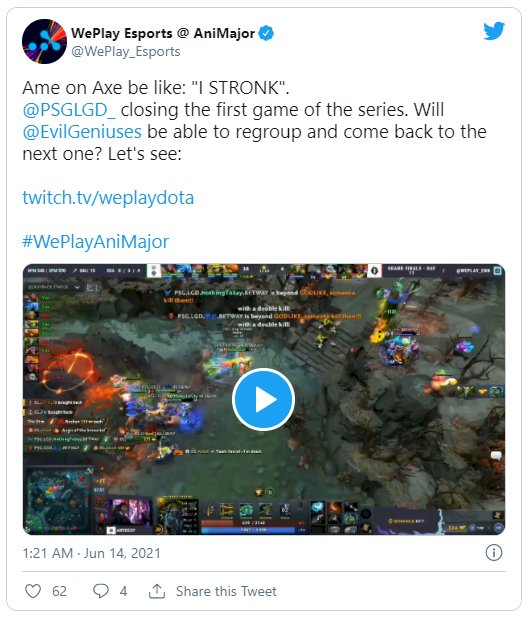 The matchup turned out to be an absolute stomp. PSG.LGD dominated the opening game with Ame on safe lane and Faith_bian getting the early blink dagger on SK. EG lost a 4 man rotation at mid in the early game and lost the grip of the game right away. They made EG tap out in 33 minutes and 23seconds. 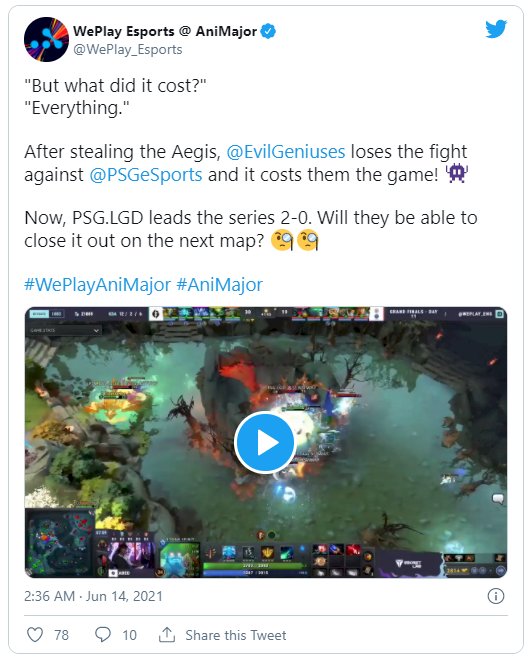 EG answered back in Game 2 since the beginning and accumulated a lead of 12k Gold behind the back of Arteezy Nature Prophet and Abed Storm Spirit moving across the map. However, EG failed to force high ground push and later lost a team fight at Roshan pit which got the momentum turn for PSG.LGD. From here on, EG had no answers for Ame's Terroblade and they confirmed the series to be a 2-0 in favour. 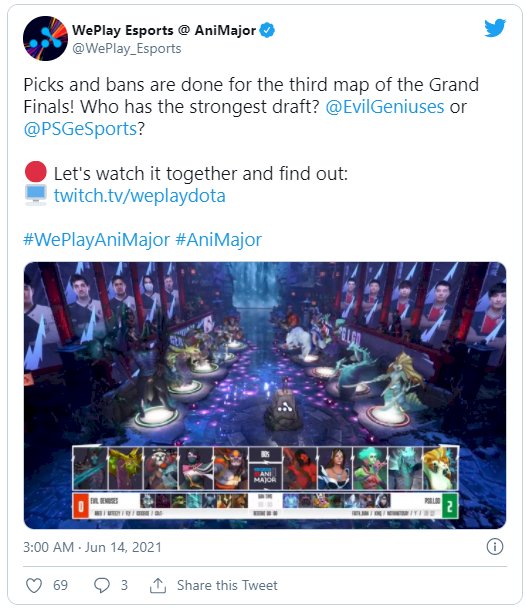 In Game 3, EG again tried to take control early and they quite managed to gather a small lead of 2k as well. Although heading into the mid-game, LGD flipped tables once again post 20min mark at the back of Ame's Naga Siren and eventually winning the game and the grand finals.

Prior to making it to the finals, LGD and EG were already locked in as the top two teams for The International 10. They will now prepare to fight for the lion's share of $40 million in Sweden, which will begin on August 5th.

HP Report: Women consider Gaming to be a viable career option in India, PC is the...