The new ROG Phone 5 is the perfect gaming companion to Rule Them ALL. 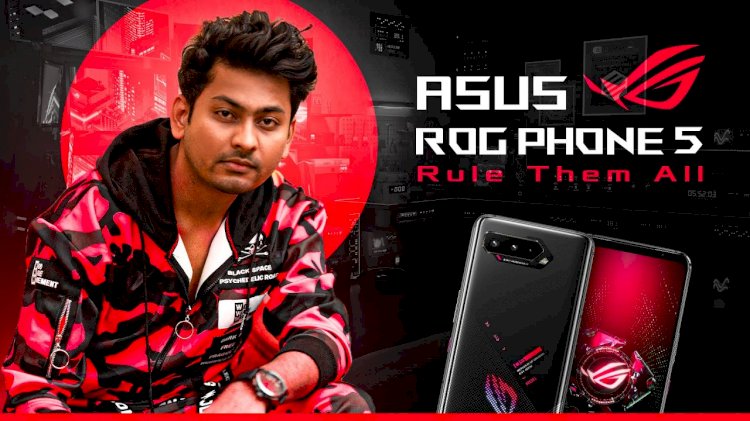 The ROG (Republic of Gamers) lineup of gaming smartphone has been around for a few years now. Asus has been trying hard and every year they're honing iterations to build the perfect gaming phone to exist. Coming to this year, Asus has revealed the first-ever smartphone to power Snapdragon 888 which is none other than the ROG Phone 5.

Aaditya "Dynamo" Sawant is a popular Indian gamer and YouTuber with a staggering number of around +9.14M subscribers. Dynamo is insanely famous for his phrase "patt se headshot", something that he would exclaim out while hitting headshots in PUBG Mobile. The popular gamer has a solid social media presence across Facebook, Twitter, and Instagram.

In a very recent video posted on the official YouTube Channel, Dynamo Gaming unboxed the ASUS ROG Phone 5 and gives the audience a first-hand experience about the beast.  An interesting thing dynamo reveals in the video is that he's a four-finger claw grip player and up to 8 fingers grip is possible with the help of AirTriggers. He further calls the "Armoury Crate" feature one of the best things the phone has to offer, the software tunes and allows the phone adapts to adapt to performance according to the game launched. Dynamo demonstrates the variety of the unique customisation the software offers and how it could help to gain an edge in the game.