PGL to host next $2 Million CS:GO Major in Stockholm with Live Audience

Ericsson Globe, the indoor stadium with a capacity of 16,000 seats is the venue for the 16th CS:GO Major. 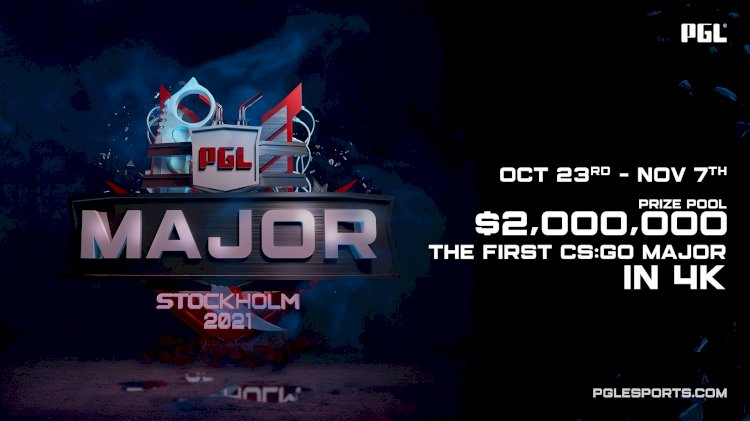 The organiser has revealed that CS:GO Major is returning after a two-year hiatus and Stockholm, the capital of Sweden is the venue for the next major which is bound to happen from October 23rd to November 7th.

"PGL MAJOR STOCKHOLM 2021 will have the largest prize pool in the Counter-Strike: Global Offensive history, to the tune of $2 million", the release said. 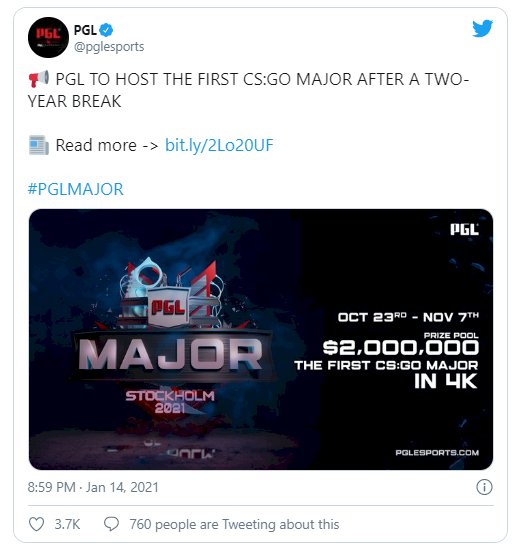 The first CS:GO Major was also held in Sweden and the coming one marks the return to where the Major cycle began for CS:GO.

Yes, the main event of the Major is planned to be a LAN event with a live audience if necessary conditions are met at that time and Ericsson Globe, the indoor stadium with a capacity of 16,000 seats is the venue for the 16th CS:GO Major. The main event will take place from November 4th to 7th where teams will fight for a chunk of the $2 million prize pool.

This is the third Major that will be organised by PGL. First was Cluj-Napoca Major in 2015 while Kraków Major was the second in 2017.

PGL has also revealed that they will be amping up production quality to an extent, this particular major will broadcasted at a peak resolution of 4K 60 fps with different innovative experiences for the audience to offer the best possible champion experience in the CS:GO history.