OR Esports will look forward to achieving the same level of success like they did in PUBG Mobile. 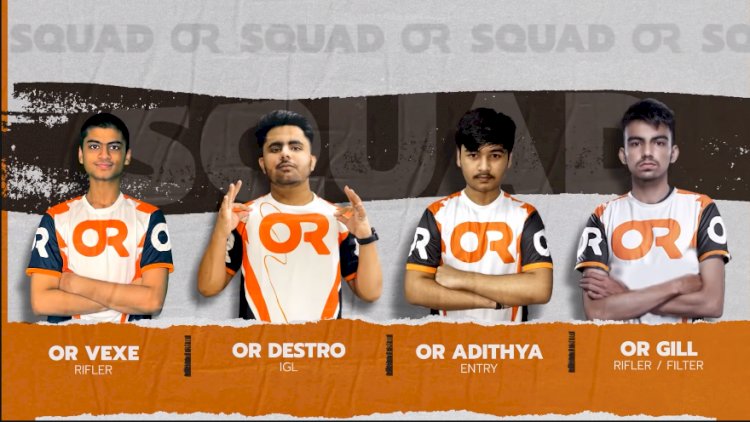 Battlegrounds Mobile India is one the most anticipated title that launched its Early Access for everyone last week. However, the organisations like Red Owl Gaming were prepping rosters even before the game debuted and now post early access famous organisation as Orange Esports has now joined the list to have their own competitive roster.

Orange Rock Esports established its name around the game PUBG Mobile before it got banned in the country. Their roster clinched the first spot at ESL India Premiership 2020 Summer Season: Finals while they finished second at the PUBG Mobile World League 2020 - Season 0: East.

The latest announcement from the organisation reveals their BGMI Lineup with which they will be looking for to achieve the same level of success they did in PUBG Mobile.

Aditya and Destro together were once a part of Team Xspark. Aditya is comparatively new and fielded for Initiative Esports, whereas Destro comes in with sheer Tier 1 experience. His In-Game Leadership (IGL) skills led his team to win PMCO 2020: Fall Split.

Vexe was the top talent of Megastars, where he rose through showcasing his fragging skills and his potential to step up when the team needed him. He has won Matrix Invitational Cup, IGPL Esports Cup: Season 1, and PMPL - Spring Split 2020: SA Scrims Season 1.

Gill has been with the organisation since the last year. He played an important role behind OR's success at VLT Major Invitational Season 2 and Sanjivani Invitational.

BGMI is reported to have its own esports environment. Once the competitive events are announced, Orange Rock Esports, or OR Esports, will undoubtedly be one of the teams to watch.