Road to winning The International for the third time. 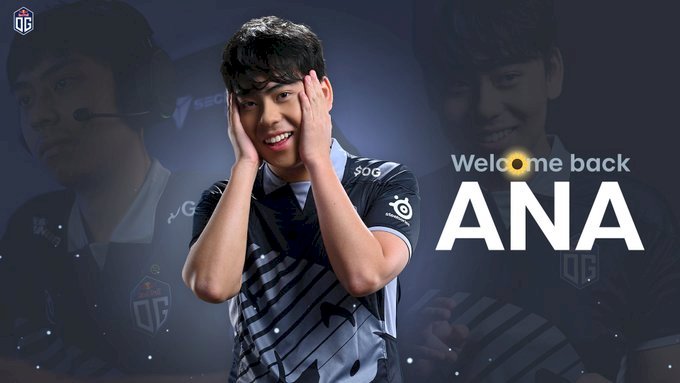 OG is bringing back their most special weapon with whom they were able to secure The International two times. Anathan "ana" Pham, the 21-year-old, will be replacing MidOne who departed from the roster in March.

Ana has a history of making notable comebacks, the pro player from Australia has brought some unforgettable moments to the DotA universe. He won TI8 and moved to inactive state within the roster, then came back again in TI9 - helped OG to qualify and eventually win TI9 once again. This made OG become the first-ever organisation to win the premium annual tournament 'The International' twice.

OG failed to make it to the playoffs of DotA Pro Circuit (DPC) Season 1 2021, they were eliminated in the tiebreaker of Europe DPC against Team Liquid and Tundra Esports.

Ana's welcome on Twitter reads, "When things go wrong and you're unsure where to go next, the only source of sunlight that you feel like turning to is your friends. Your family.

The ones that love and accept you for exactly who you are.

The DPC 2021 is divided into Two Seasons, with the first one being already concluded and OG sitting at only 50 DPC points. Now, with Ana's inclusion, OG hopes to secure a slot to the TI10 event via the second season which begins shortly in the coming week.