Dev1ce is back with the team that he won four majors with. 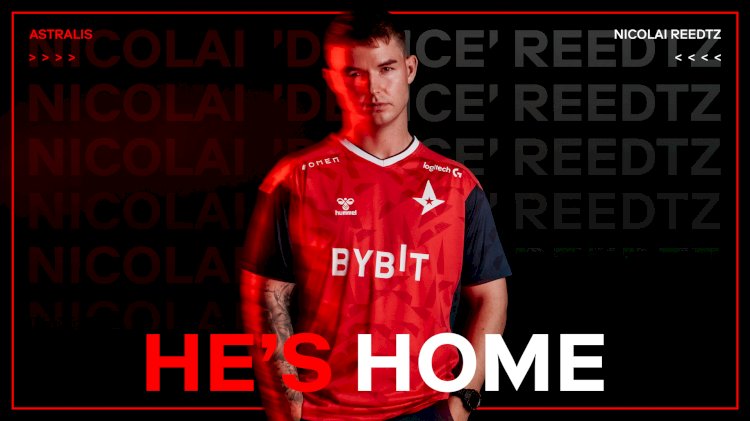 Nicolai " device " Reedtz is the newest addition, marking his return to Astralis. The renowned 27-year-old sniper will finally return to Denmark thanks to the Danish club's agreement with Ninjas in Pajamas.

In the little more than five years that he defended Astralis, from March 2016 to April 2021, he won four Majors and, undoubtedly, went on to become one of the most decorated players of all time.

The AWPer last competed in 2021 under the NIP banner, playing just 129 maps while earning a respectable 1.13 rating, ranking as the #11 best player in the world that year. On the other hand, he has been inactive from competitive and on medical leave since December 2021. The Dane has also been quiet on social media.

With Philip "Lucky" Ewald, Asger "farlig" Jensen, and even Lukas "gla1ve" Rossander holding the AWP since Astralis lost dev1ce, the group has never been able to recapture the invincible form that brought them countless victories between 2017 and 2021.

Kasper Hvidt, Director of Sports, said: "Nicolai is an exceptional player and person, who under the right conditions is an invaluable support for his teammates and one of the world's absolute best in the AWP role. For various reasons has not been in official competitions for a long time, but over the past months he has built himself up, and he is coming back to us with a strong hunger to help the team."

Nicolai "dev1ce" Reedtz, said on his return to Astralis: "I can’t describe how happy I am to be home again. Astralis is very close to my heart and everyone who has been here for a period of time knows that it is a very special organization with great values, lots of internal support, and I am more than ready to help build Astralis' future!"

The new Astralis Roster with Device fields as follows:

At the $200,000 LAN competition Elisa Masters Espoo, which will take place from November 16 to 20, Dev1ce will make his Astralis 2022 debut and return to the server to play an official match for the first time since 2021.