Natus Vincere is looking forward to making it to the World Championship in Mexico.

Following the announcement of mobile esports lineups by a number of esports organisations such as TSM FTX, Na'Vi has also expanded its pack of mobile divisions with the new Free Fire roster. The Ukrainian based esports organisation announced earlier today that it has acquired the CIS roster of team named Silence.

The squad won the Free Fire Pro League CIS 2020 competition and recently defended their championship in the 2021 edition. They were also runner-up in the Continental Series EMEA.

“Thanks NAVI for the opportunity to show ourselves as part of this legendary club. And also thanks to all our fans for their immense support, I promise to give my best so NAVI will go to the World Championship in Mexico,” said one of the playing four on the roster, Kheibar "VaJniy" Imanov. 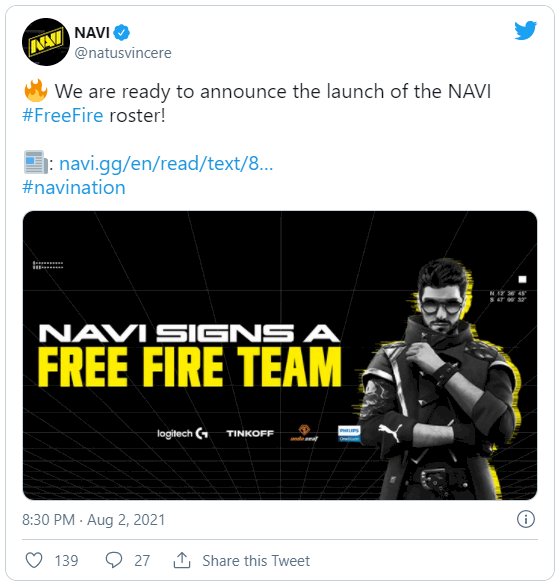 Along with the playing four, Na'Vi also welcomes the manager Alexander “Glory” Manoil.

How iQOO’s Hunt For India’s Next Big Gaming Streamer became the biggest platform...