Season two will be available this fall. 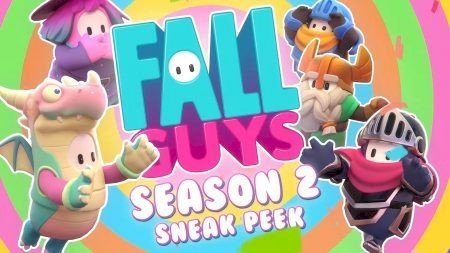 The insanely cute battle royale which rose to the top at the popularity in no time and to the fans of it, Mediatonic has now confirmed the Season 2 update to go live by fall - October. The word was out on the Opening Night Live at the virtual Gamescom 2020 event.

The update is set to add a Middle Ages tinge to the vibe of the game. Currently having rainbow candy-like environments with your jelly bean dressed as Chicken, Cactus or French fries' bag, the update will add a medieval theme to all of it, be it the surroundings or character. Now, it’s not long until your jelly will be able to dress as a Wizard, Knight or even a Dragon.

Aboard the part of the season 2 update, it will also bring new mini-games of the same theme - medieval. Integrated elements like wooden bridges, castle walls and turrets but trust me every piece looks really cute as seen in the sneak-peek preview released by the developer.