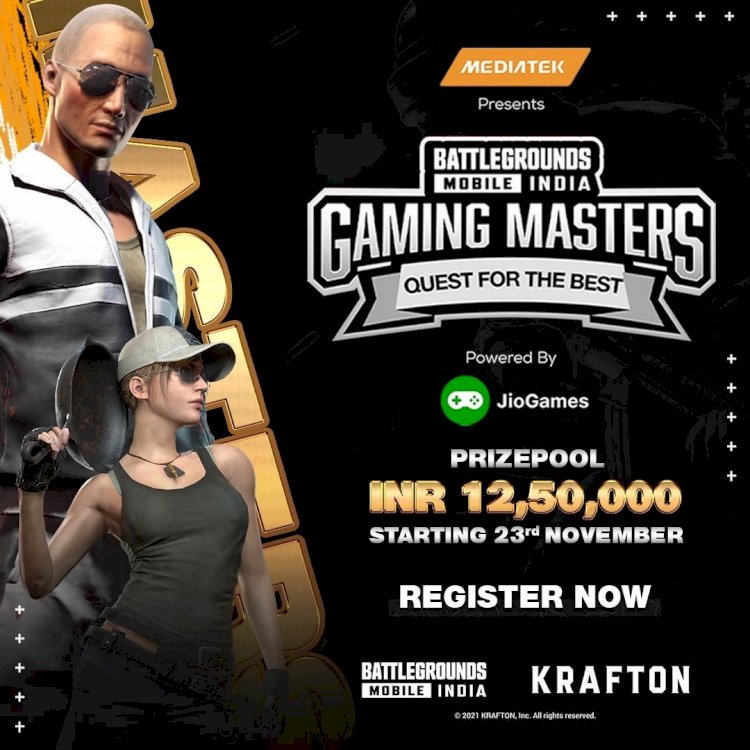 Jio and MediaTek have collaborated once more to host 'Gaming Masters 2.0,' an esports event with one of the most popular game titles, BATTLEGROUNDS MOBILE INDIA (BGMI), aimed at new and current online gaming lovers as well as professional players in India.

Following a successful debut season with Free Fire earlier this year, which garnered over 14,000 team registrations, the second season of Gaming Masters is planned to begin on November 23rd, 2021.