Gamethon is a Free Fire tournament which is all set from 30th of Oct to 1st of November. 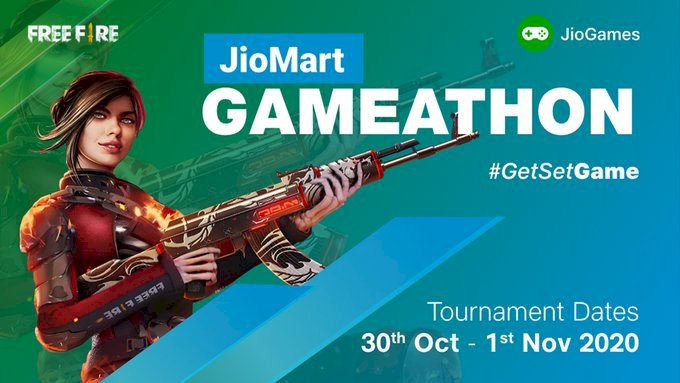 Reliance Jio has announced entry into online gaming with the introduction of a Garena Free Fire tournament in the name of JioMart Gamethon. The event has no entry fee meaning its free to participate for just anybody and it will feature about 576 teams in four rounds. The four rounds segregated are qualifier stage, quarter-finals, semi-finals, and grand finale. A total of 576 teams will shred ahead into 96 while moving on to the quarter-finals, 24 in semi-finals and best 12 teams in the final round that is the grand final.

The JioMart Game-a-thon is all set. Get your gaming hats on and begin this incredible run for the FreeFire tournament. Register now with your squad! https://t.co/5K4XjtmvFB

The whole tournament will be live-streamed on YouTube and JioTV right on-the-go. The event features a prize pool of Rs 25,000. Winner of the event will take home lion's share of Rs 16,000 while the runner-up to take home Rs. 12000. Also, MVP (most valuable player) will take home Rs 1000. The winnings will be credited into player's JioMart wallet. Only mobile phones are allowed for this tournament, emulators and iPad users are forbidden to enter.

Registrations for the event have already begun and can be done until 29th of October. The teams participating will be needing to register on JioGames portal entering details such as Email IDs, Free Fire Game IDs and a team logo to wrap it all up. Participants will receive Lobby IDs and passwords 15 minutes before the game. For more details, head over to the official website here.