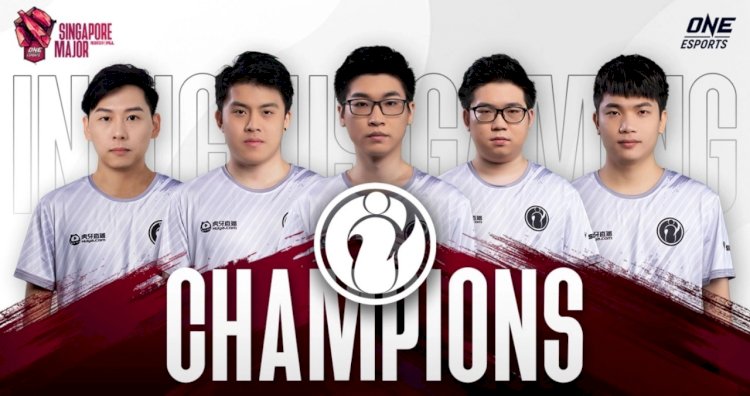 Powerhouses of China and North America faced off at ONE Esports Singapore Major 2021 Grand Finale. The finals ended in the favour of Invictus Gaming (IG) with a scoreline of 3:2 against Evil Geniuses (EG).

Previously both the teams had met each other in the semi-finals of the upper bracket where then EG prevailed with a clean 2:0 dropping IG to the losers bracket. From there, IG has beaten ViCi Gaming, Thunder Predator, Team Secret, and PSG.LGD to make the rematch happen.

It looked like an easy affair for EG, they had a 2-0 lead in the grand finale with a 15k net worth advantage at the 36min mark in Game 3 as well. Although, that's where IG.FlyFly turned up big time on his Sven to make the comeback happen. IG's squad carried the same momentum with them in Game 4 and 5 to confirm the reverse sweep.

Interestingly, EG.ABED played only Storm Spirit all the five games and, props to IG.Oli's performance on Pheonix in the decider Game 5 that made EG.iceiceice's blackholes look impactless. The series saw some of the best initiations by IG.kaka on his Lion and IG.JT on his Mars.

This win makes IG top the Dota Pro Circuit 2021 World Ranking with a total of 1,000 DPC points. Earlier, the Chinese powerhouse had secured 500 points for finishing top of the division for the China region. Season two of DPC 2021 starts shortly after the coming week.