The inaugural Asia Open Esports Championship (Asia Open) will be held from January 30 to March 15 next year. 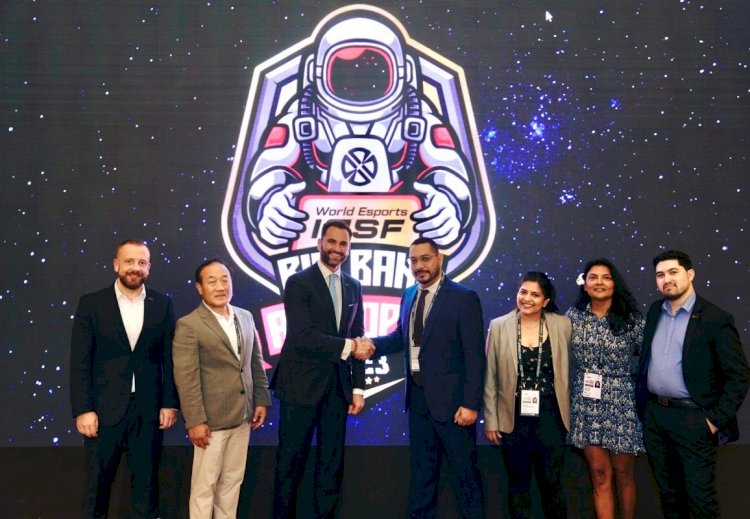 In what could be a game-changing development for Esports in India and the region, the International Esports Federation (IESF) has joined hands with India's Big Bang Media Ventures (BBMVPL) to launch the inaugural Asia Open Esports Championship (Asia Open) from January 30 to March 15 next year.

One of the biggest esports tournaments ever held, the Asia Open shall see the participation of close to 40 countries across Asia & the Middle East, providing gamers with an unprecedented platform to compete and build communities internationally.

To be held online in its inaugural edition, the event shall feature 4 leading esports titles including the immensely popular eFootball game, PES. Committed to the principles of 'esports-for-all', the Asia Open embraces every gamer by having three skill-based categories; amateurs, mid-core, and professionals.

President of the IESF Vlad Marinescu said, "We are delighted to partner with Big Bang Media Ventures (BBMVPL) for ‘The IESF Asia Open Esports Games’. This unique championship reaffirms our collective commitment to making esports truly immersive and inclusive and provides every gamer the opportunity to compete with the best. IESF is very excited at the possibilities this event could create even beyond the vibrant regions of Asia and the Middle East.”

Big Bang Media Venture is owned by popular Bollywood producer Madhu Mantena and banker and entrepreneur, Ravneet Gill and will look to dominate a multi-hyphenate entertainment and learning ecosystem.

Madhu Mantena & Ravneet Gill said “Gaming is one of the biggest social and cultural mega trends of all times and we are delighted to have been chosen by the IESF as their partners to host the IESF Asia Open. Asia and the Middle East are two of the most dynamic and passionate esports regions in the world and we want to create a championship environment that is competitive, collaborative, and fun. The intention is as much to build the champions of tomorrow as it is to build an engaged borderless community by making esports mainstream. Given BBMVPL's peerless credentials in entertainment content production and sports and esports education, we see this as an opportunity to redefine gaming content and turbocharge the creator economy".

As part of its commitment to creating one of the biggest esports ecosystems across Asia and the Middle East; Big Bang Media Venture shall also be launching multiple large format tournaments to grow the esports market in close partnership with gamers, creators, designers and coders.

Registration for the tournament to begin soon on www.bigbangsports.gg