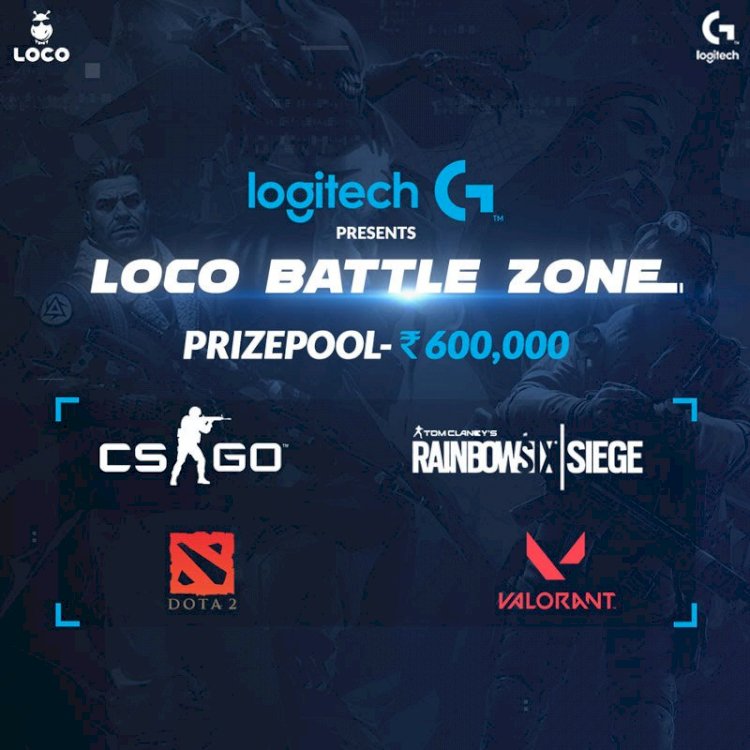 The tournament will feature four of the most popular PC titles - Counter-Strike: Global Offensive (CS:GO), Valorant, Rainbow 6 Siege, and DotA 2.

The event aims to deliver unrivalled entertainment to the strong PC gaming ecosystem in the country.

Dhiraj Soni, Head of marketing and gaming category, Logitech India, commented: “Logitech G has been constantly innovating for the vibrant and young community of gamers to have an immersive and seamless gaming experience. We carry a legacy when it comes to gaming peripherals and we are thrilled to partner with Loco to reach out to the gaming community through the esports tournament.” He further added, “We have been contributing significantly towards building a robust gaming ecosystem. We have a wide portfolio of products, enabling first-time gamers with G102 mouse and G213 keyboard, enhancing performance for gaming enthusiasts with G502 mouse series and G733 wireless headsets, and appealing to pro gamers with the highly successful GProX headset.”

Anirudh Pandita Founder, Pocket Aces, said, “We are at a key inflection point for gaming in India and we are excited to collaborate with Logitech, which has been at the forefront of supporting the gaming ecosystem in multiple countries. Working with a hardware giant like Logitech creates exciting possibilities for increasing penetration for PC gaming in the country and supporting existing gamers in the category. As the home of Indian gaming, Loco will continue to work towards supporting various categories of gamers and providing pathways for them to demonstrate their skill to the entire nation.”

Logitech holds a notable presence in the gaming world. The Giant is already a partner with notable entities of like Xyaa, IND Snax, Ghatak, and Jonathan. Also, it sponsors esports organisations like Fnatic, IND, Team Tamilas and 8bit. Meanwhile, being one of the early ones to enter the streaming space, Loco has strengthed its foothold by hosting a community of 300 million gamers. Loco's estimate worth is bound to be USD 1 billion by the end of this year.