The series is currently undergoing its final Valorant Qualifier.

India's first Year Long Esports Championship ‘Esportz Premier Series 2021’ is the INR 40,00,000 flagship competitive series of Esportz.in, the gaming wing of Gig Work Private Limited. The series was created with the goal of bringing together gamers from different genres such as PC, Console, and Mobile in one place while completing the cycle from online qualifiers to the LAN Finale. The series debut qualifier round went live in January, and ever since Esportz has continued to provide an open-for-all platform where professional and aspiring gamers come together to compete on an equal footing.

The Esportz YouTube Channel livestreams every Qualifier for fifteen days a month, letting fans to cheer on their favourite teams, resulting in a total of 1 million+ views and 7.1 million+ impressions from this series. Over 800 teams and 2900 individual players have competed in the Championship so far. 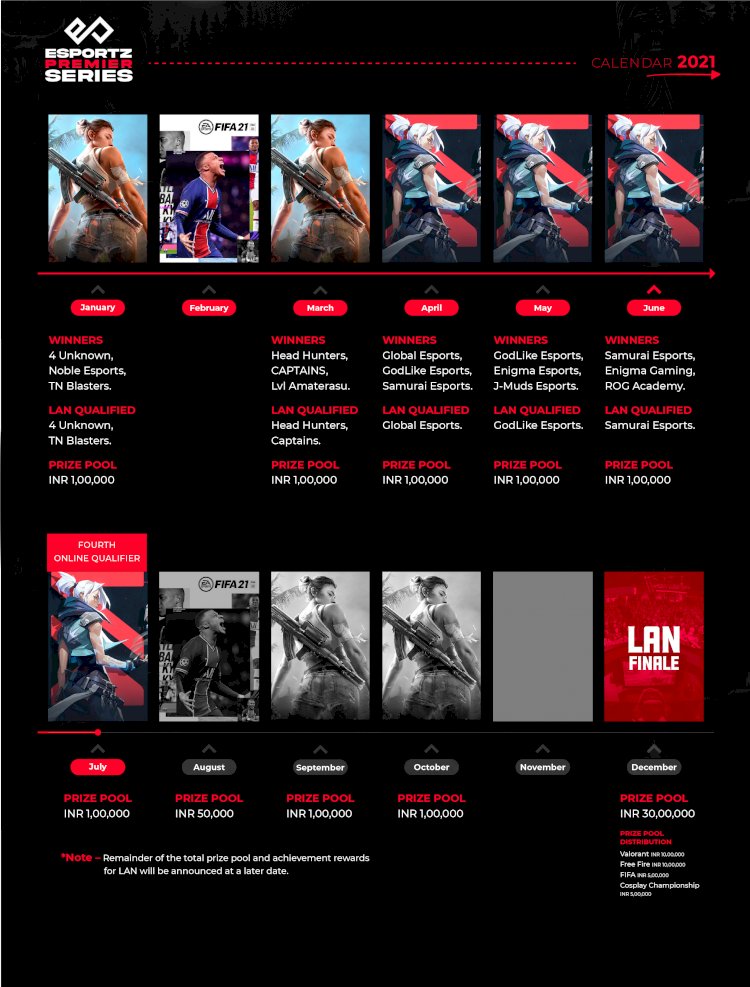 The finest players and teams who qualified through the online qualifiers will compete in the LAN Finale in December. With music and their favourite characters coming to life at the "Cosplay Championship," LAN Finale will provide an immersive experience for all guests.

“We are overjoyed to have qualified, and now all we have to do is wait for the LAN Event in December,” said Deadsoul from 4 Unknown, First Online Free Fire Qualifier Winner.

“There are 4 open qualifiers that give enough slots to all the teams to play and qualify for the LAN event, at the same time the top teams even if they get upset in one of the qualifiers, they can always come and play second, third, or even the fourth - so I think it is a pretty good format,” said HellRanger from Global Esports, First Online Valorant Qualifier Winner.

“The win felt incredible after a very tough set of games with Saransh. The shift of series from online to LAN would be something to cherish for all us gamers as there have been no LAN tournaments since a year now, and I'm looking forward to it,” said Charanjyot Singh, First Online FIFA Qualifier Winner.

Netflix confirms Gaming expansion; the service will be included for free in subscription