All the three Qualified Indian teams have made it to the Grand Finals of VCC. 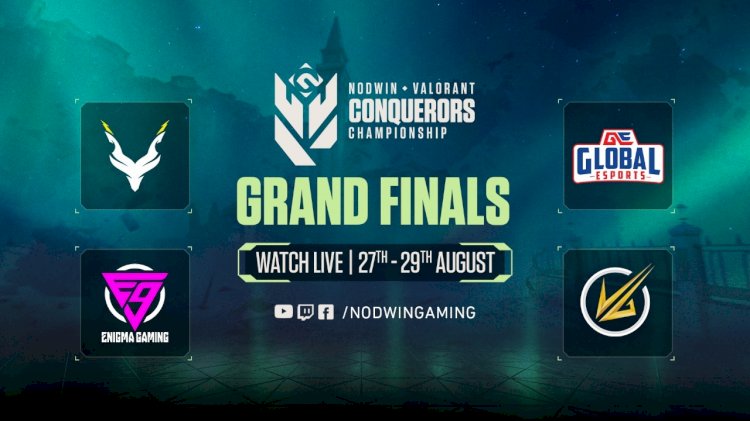 Riot Games and NODWIN Gaming opened gateways for South Asia with the announcement of the Valorant Conquerors Championship (VCC). The tournament offered 7 Qualifiers across 8 countries, and 1 WildCard entry which confirmed 8 teams to the main event.

The qualifiers were carried out from July 1st to August 15th, and the following teams have made it to the playoffs:

The Playoffs' final eight teams were divided into two GSL groups, each with four teams, and all games were Best-of-Three (BO3). Each group's winner and runner-up advanced to the Grand Finals, while the remaining four were eliminated. 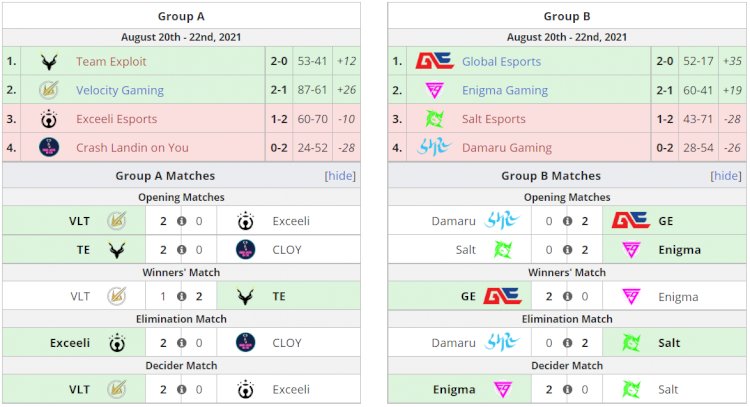 From August 20th to August 22nd, the playoffs were held across three days. Team Exploit, the PAK & AFG Qualifier #2 Champions, were the first to advance, defeating Velocity Gaming in the Winners' match of Group A. With just three spots left, Indian teams Global Esports, Velocity Gaming, and Enigma Gaming all outperformed the competition to reach the Grand Finals.

The India Qualifier #2 Champions Global Esports is the only team that hasn't dropped a single map so far, while the other three had their own challenges to progress further.

The Grand Finals will take place between 27th-29th of August, with all matches being best-of-three, except for the Grand Finals, which will be a best-of-five. VCC winner takes home the majority of the $33,000 prize pool and a ticket to the VCT 2021: APAC Last Chance Qualifier.

With the VCC Grand Finals appearing crowded with Indian teams, it would be intriguing to see if Team Exploit can overcome the odds or if an Indian team will confirm victory.

Free Fire MAX to launch globally and offer more ways for players to enjoy the game;...