Venue changes are recommended by the pros. 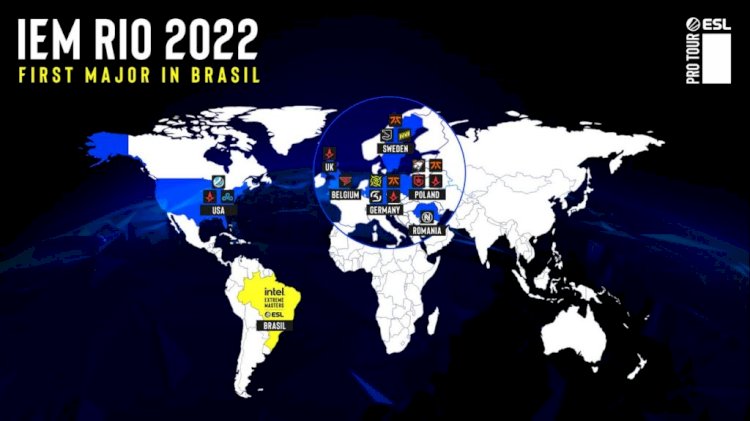 The IEM Rio Major 2022 was confirmed by ESL as the next CS:GO Major. The event will be held in Rio de Janeiro, which was supposed to host the 16th CS:GO Major in 2020 but had to be postponed due to a Coronavirus pandemic.

According to early information, there will be no substantial changes to the Major structure, as 24 teams qualifying through RMR events will participate in three tournament phases commencing on October 31.

The majority of the competition will be held indoors, however, the playoffs will be accessible to the live audience from November 10 to 13. Depending upon the layout, the Jeunesse Arena may have 15,000-22,000 people. The prize pool at IEM Rio will be $1,000,000, much as the previous Major, PGL Antwerp.

Ulrich Schulze, SVP Product Management at ESL Gaming, said, “The ever-growing and passionate Brazilian esports community is amazing and for the past couple of years we have been hoping to provide the fans with one of the greatest esports experiences ever."

The excitement is certainly living up to the hype, as the event's tickets went on sale on May 25 at 14:00 BRT and were totally sold out in within 60 minutes. 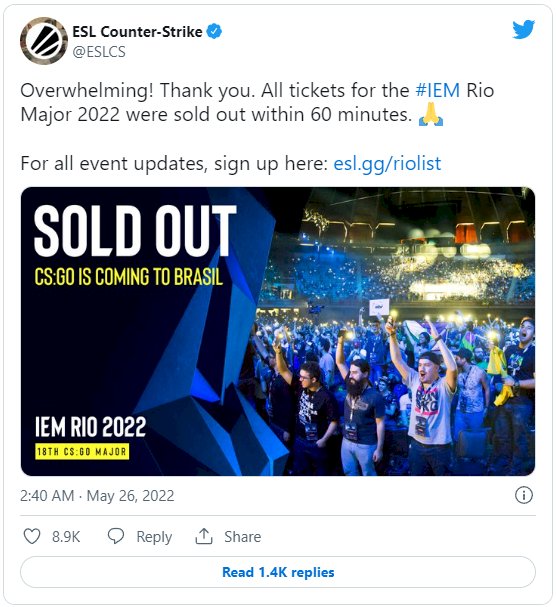 A venue shift has also been suggested by notable esports celebrities:

Oleksandr "s1mple" Kostyliev, one of the greatest CS:GO players of all time, added:

Fans who purchased tickets for the 2020 tournament but did not use them can use them for the following tournament in Rio, making seats even rarer.

Voice of Tommy Vercetti in GTA Vice City Actor Ray Liotta has passed away at the...